The fire, which is believed to have started either in, or near, the Gympanzee nursery within the Qatari shopping complex, killed at least 19 people and injured 17, most of which were fire fighters suffering from smoke inhalation.

The triplets have been named as Lillie, Jackson and Willsher Weekes.

The children killed in the mall fire were from numerous countries, since Qatar has such a wide range of expatriate citizens. As well as the tragic deaths of the triplets, the death toll included a South African boy, four Spanish children, a girl from the USA, a Chinese boy, a Canadian girl as well as a boy and girl from Egypt. 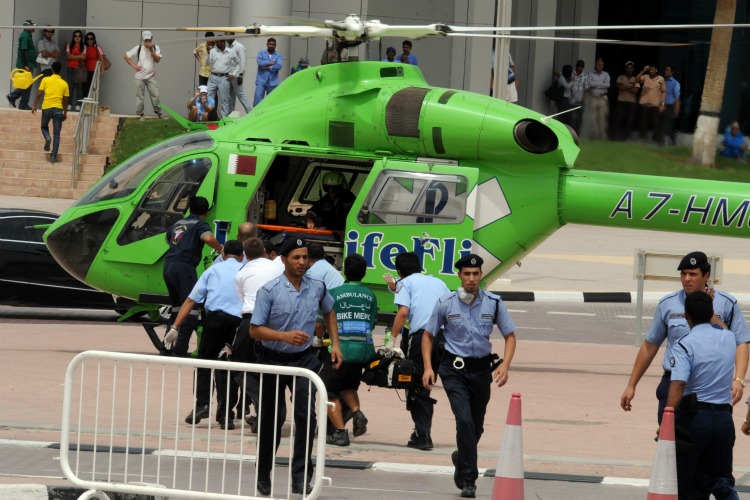 A rescue helicopter at the mall blaze in Qatar (Getty images)

Expat journalist Tarzek Bazley told Radio New Zealand that “the volume of smoke coming out of it [the shopping mall], it looked like you had 30 steam trains all pumping their smoke out above it… [and] a complete lack of coordination in terms of removing people from this area”

Some eyewitnesses have reported that staff told people inside the mall that the alert sounds set off by the fire were likely to be a ‘false alarm’, which may have led to unnecessary deaths.