Tropical storm Talas has so far killed 29 people as it swept across western Japan, leaving another 56 missing.

The typhoon brought record rainfall and triggered landslides and flooding, destroying houses and washing away cars. 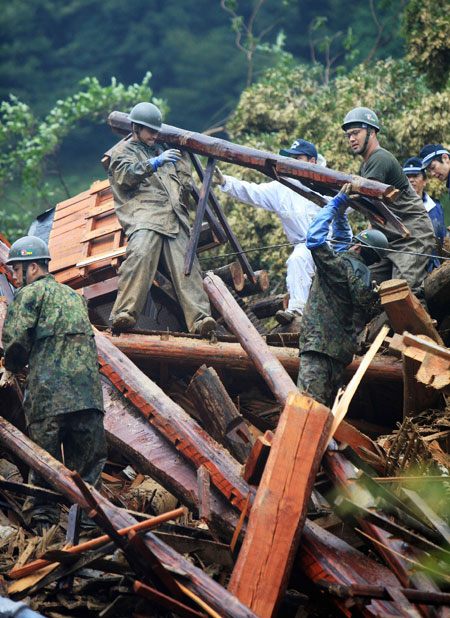 people amongst a house destroyed by Typhoon Talas.

Talas was originally classified as a typhoon before it hit Japan. However once it reached landfall, the Joint Typhoon Warning Center upgraded it to a tropical storm.

Nearly half a million people in the central and western region of Japan were issued with evacuation orders. Thousands have been stranded by flooded rivers, landslides.

In the Kii Peninsula, more than 16,000 residents were ordered to leave their homes, while 30,000 others were encouraged to evacuate voluntarily. 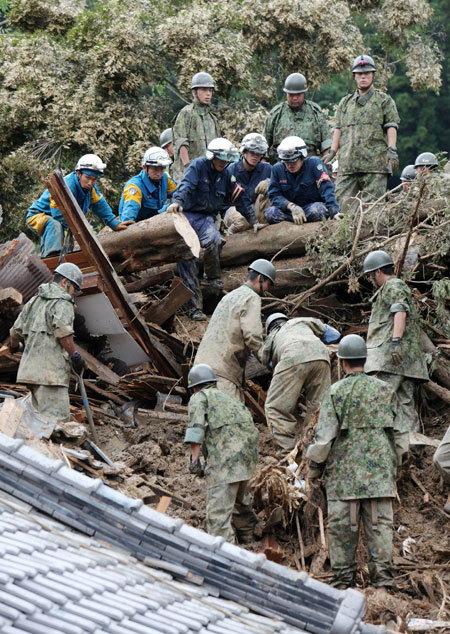 The death toll in the wake of Talas has reached 29.

Typhoon Tals dumped record amounts of rain in some areas and was the country's worst storm since one in 2004.

"I have been working for the prefectural office over 40 years, but this is the worst in my memory," said Tsutomu Furukawa of Wakayama prefecture – a region hit hard by Talas.

The Japanese government has set up a emergency task force for search-and-rescue operations. In some areas, residents have been warned there is still a danger of landslides.

Pilsener, a packet of dunny blues and a yellow cab.. which isn’t yellow!