Brendon Watkins has lived and worked in the London since 2004, having first visited the UK nearly 13 years ago.

He met his now wife Michaela in 2001 and they travelled around the world on and off for three years, before they decided to settle down in the capital.

Watkins got in touch with TNT after learning about our UK Border Agency campaign – click here to read more and to sign our petition.

In October 2012, the 35-year-old was advised by the UKBA to apply for naturalisation for indefinite leave to remain.

Just weeks later he received a rejection letter – he’d applied for the wrong visa, costing him £991.

Watkins, who has two kids including a five-week-old baby boy, appealed against UKBA’s decision with the help of his MP, Labour’s Steve Pound, but the appeal was refused. 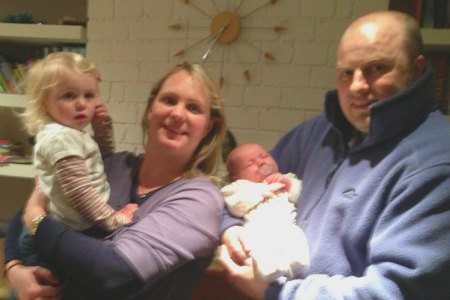 “After several months the UKBA claimed the application refusal stands and they said they would not refund the fee,” Watkins said.

“I am now left with no leave to remain in the UK – meaning I cannot work – and I was told I will have to return to New Zealand to reapply for the five-year ancestry visa.”

Determined to stay in the UK and keep his family together, Watkins sought help from an immigration lawyer which cost £1800 – and will also have to pay a further £991 for the correct visa.

“I’m absorbed in our community in South Ealing; we pick up shopping for elderly neighbours and help out with gardening, for no other reason than that’s the type of people we are,” he said.

“The cynical part of me says the UKBA has got money off me and they’re ticking the box with regards to lowering immigration.

“I’m being told I could expect a letter telling me to leave the country in the next two months. I can’t just uproot my family – they’re all British and would need visas for NZ.

“And all the money I’m spending is a holiday home to see the grandparents that I can no longer afford. I feel like I’m being held to ransom.

“Both of my granddads fought in the Second World War (one in the navy at Pearl Harbour) for ‘queen and country’ and both would turn in their graves if they knew the way I am being treated here.

“No one can begin to imagine the enormous amount of stress this has caused our family over the past four months. They’re destroying my life.”

Got a UKBA horror story? We want to know. Email carol.driver@tntmultimedia.com

A visit to Brighton, England