Catch some fine moves from Kiwi dance troupe Footnote or witness a Maori Haka along the Thames. Participate with the aerial dance workshop or daub classical pianos with paint – without being arrested. This festival is bristling with acts, which also include open-air cinema, live jazz and silent theatre.
City of London Festival, June 26-Aug 12. Various locations. 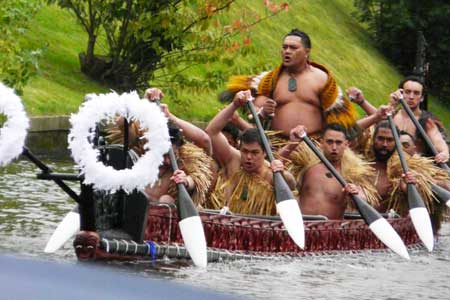 Abbeyfest Blues At The Mill

What better way to spend a bank holiday weekend than catching some live blues music from a leafy Thameside bandstand? Organisers have pulled together a sweet line-up, including Roadhouse and Elephant Shelf, at the adjacent Colourhouse Theatre.
Blues At The Mill Aug 26-29. Merton Abbey Mills, Wimbledon, SW19 2RD Tube: South Wimbledon

The king of alfresco venues, The Scoop will host an impressive array of fringe, music and theatre performances, including a modern twist on medieval classic, The Canterbury Tales, and open-air cinema, including Alice In Wonderland.
The Scoop Fringe, Jun 1-24; music, Aug 4-Sep 4; theatre, Sep 14-30. 2A More London Riverside, SE1 2DB Tube: London Bridge. 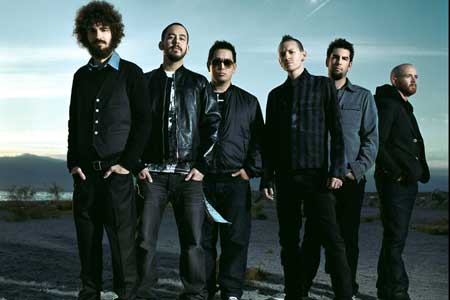 This is the cream of the free festival
crop, with more than 60 noteable artists performing 31 consecutive nights of live music. Get your name into a ballot to win a pair of tickets to see acts including Adele, Mark Radcliffe, Moby, Duran Duran and Swedish House Mafia. US metal band, Linkin Park is headlining.
iTunes Festival July 1-31, The Roundhouse, Chalk Farm Road, NW1 8EH Tube: Chalk Farm 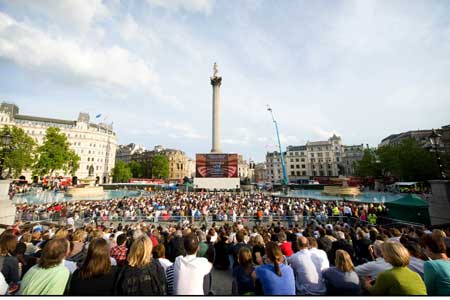 World-class opera and ballet performances are beamed live from the Royal Opera House into Trafalgar Square as part of a series of open air screenings across the capital. It’s worth going just to throw a picnic blanket down at an iconic London site by twilight.
BP Summer Screen July 4 and July 13. Trafalgar Square Tube: Charing Cross

A Taste of Spain

Basingstoke Music Festival
The best attended free music festival in the UK, this extravaganza of live bands and art really is worth the hour or so train journey from Waterloo. Certainly, the headline acts, drum n bass DJ Andy C and The Blockheads, are.
The line-up caters to every musical taste, including rock, dance, indie, metal, ska, jazz and soul. How can something this wonderful be free?
Basingstoke Live July 9-10, Memorial Park Crossborough Hill, Basingstoke, Hampshire, RG21 4AG.