I’m in Belleville, Paris, in the middle of what feels like a living, breathing jungle of street art. The spray painter might be out of sight, but the works of many a fellow artist are in plain view.

On one wall alone, there’s a huge bald head, men perched in its eye sockets puppeteering long eyeball stalks. Beneath sits a howling gorilla, squatted next to a chap in an orange hammock, peacefully holding a pinwheel. And covering all of these pieces lies an endless, broken net of graffiti tags. This is the street after all, not a gallery.

Demian Smith of Underground Paris, one-time graffiti artist, and someone who’s genuinely besotted with street art, is guiding our tour group through Paris’s main hub of it. It’s a district with a richly rebellious history – one of the last and bloodiest battles of the Paris Commune in 1871 took place in what is now Parc de Belleville. Until the Eighties, Belleville was filled with slum housing, but it’s now known for ramshackle artists’ studios, cafes and bars. 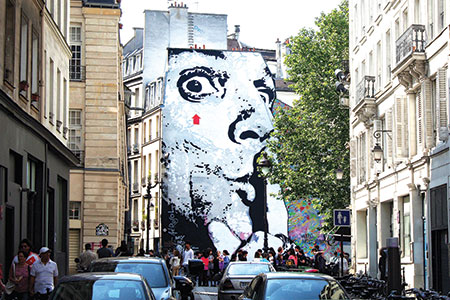 This gritty neighbourhood is nothing if not a levelling environment. Amateur graffiti – meaning basic tags and scrawls – sits alongside the work of world-class street artists, created with anything from brushes and cans to stencils, posters and installations.

The whole lot comes together in a wild mishmash of colours, styles and textures, leaving me completely floored at the creativity and exuberance that bounces off the walls. Or, as Demian puts it when we pass a once-white van covered in chaotic layers of tags, “Whenever I see something like that, it makes me feel alive.”

Before long I’m starting to feel the same buzz, getting a thrill every time I spot a witty stencil or a cheeky tag placed somewhere so high it could only have been done by the lankiest of kids hanging by the toes. These positions are called ‘heaven spots’ – as that’s where you’re heading if you fall – but for many, the danger just adds to the rush. 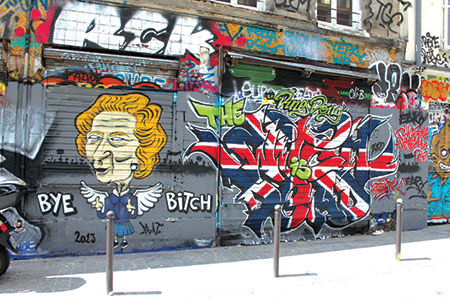 Demian explains, “The level of bravado is at the core of street art culture.” He later adds: “Interacting with space is the whole reason for graffiti. When you’re doing it, you feel connected to the city in a different way.”

Street art is illegal all across Paris, but how strictly this is enforced depends on individual local authorities. Much of Belleville lies in the 20th arrondissement (district), where La Mairie (the council) values uncommissioned street art highly – so much so that while a lot of it is cleared every few weeks, particularly attractive or artistic pieces are often left up.

Then there’s the Le M.U.R. project. High profile multinational companies used to utilise this Belleville billboard to flog their wares, only to have their ads routinely hijacked by graffiti artists. When they complained, the mayor made an admirably open-minded move by buying the space to help promote urban art. 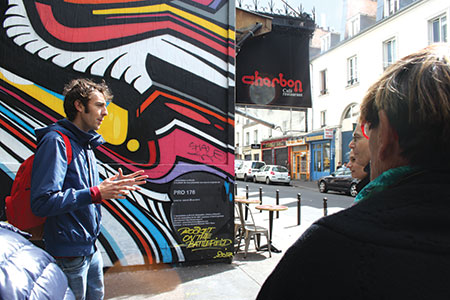 Now every fortnight a new dauber is asked to fill it – an invitation considered a real honour. Today, it’s Pro176’s work, an action-packed abstract using the bright colours and black outlines of a comic book.

Before the end of the tour, we’ve seen Fred Le Chavalier’s romantic posters of red-lipped women with solemn, doll-like faces, one of Shepard Fairey’s famous anti-brand Obey Giant stickers (he’s the artist behind 2008’s Obama ‘HOPE’ poster), countless Space Invader tile mosaics and a host of other eclectic images. I come away dazzled, and wishing the walls of the world in general had less M&S Banking or Peugeot ads and more raw, just-for-the-hell-of-it art. Are you listening, Boris? 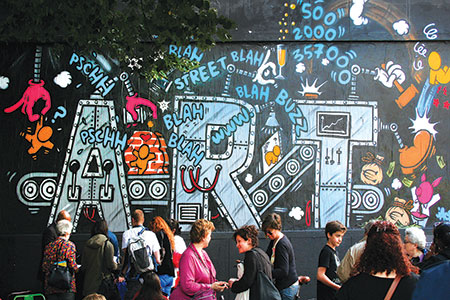 Leaving for London a few days later I recall Demian’s comment, “When I get a train into a city I can always tell what the overall artistic culture will be like.” Paris’s Metro, where graffiti tags stretch miles into the dark tunnels, give a hint of the city’s bursting street art scene, but around the tracks of the Gare du Nord is another story.

Through the Eurostar’s window I see toothy sharks, grinning cats, huge spiky slogans whizzing by – the bat-shit crazy street art underworld is on full display, a showcase of the city’s sophisticated, daring, and exhilarating artists. As an indicator of the city’s art scene, it’s bang on.

For more information about Paris’ street art or to book a walking tour (from £12pp) visit undergroundparis.org 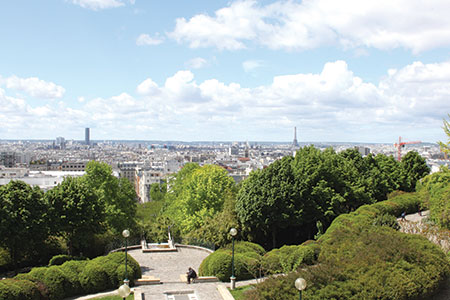 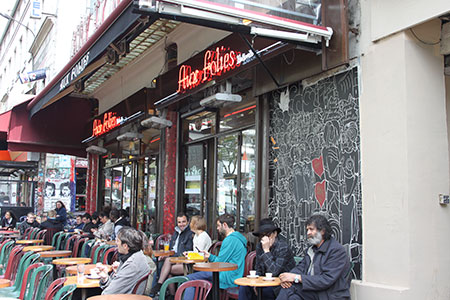 Midrange: For drinks, live music and occasional literary events, try La Mariquinerie, one of Paris’s most popular gig venues. Glass of wine from £2.50. 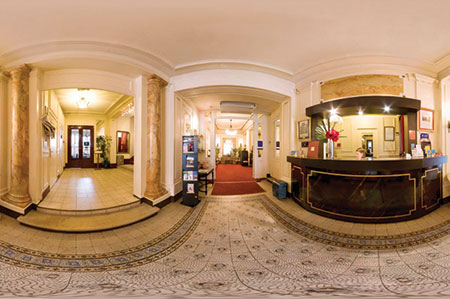 Budget: Snazzy new budget boutique hostel in Belleville The Loft has bright, comfortable rooms and is in a prime position for street art spotting. Dorm beds from £29pppn.

Midrange: The middle-of-the-road rooms at Hotel Peyris have a contemporary style, with big comfy beds and a large, flat-screen TV. Breakfast, a decent continental buffet spread, is included. Rooms from £104pn.

Luxury: Le Bristol might just be one of the loveliest hotels on planet Earth. You’ll feel like Marie Antoinette when standing in your opulent, neo-classically decorated room, gazing out at the Eiffel Tower from your balcony. If you splash out once in your life, make it here. Rooms from £811pn.

Brighton named among top 10 hotspots in the world