The fish dance and sway to the rhythm of the swell within the cavern, some breaking away with a flick of their silvery-blue tails, others pecking at the boulders beneath, but most moving together as one giant mass as the shoal basks in the protection of the natural rock archway. Flickering rays of sunlight stream through the cave’s entrance high above, lending a luminous green glow to the blueness of the water, and pick out bands of fish in silver halos. 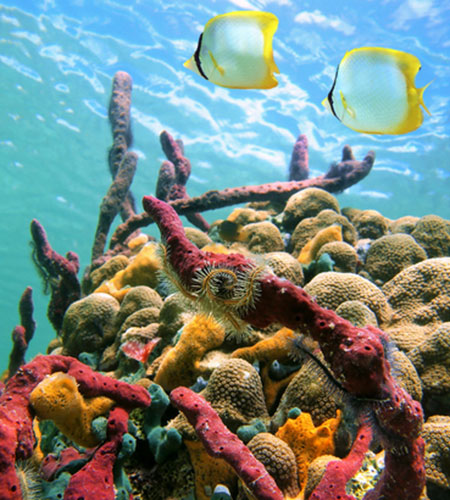 I’m enchanted. After four days of diving on and around the Poor Knights Islands I’m comfortable with my buoyancy and I can relax, breathing deeply on my reg and finning gently to keep still in the water, while revelling in the peacefulness that comes with feeling at home beneath the waves.

Jacques Cousteau, the granddaddy of scuba diving, named Blue Maomao Arch among the world’s top 10 diving sites – and he’s a man who should know. The silvery-blue fish, maybe as long as your forearm, seem to enjoy hanging out here, and often the underwater arch is chock-a-block with huge numbers of them, as now. But even when the fish aren’t home (they weren’t, on an earlier dive), that ethereal light playing through the water makes this a dive worthy of a celebration somersault before returning to the boat. 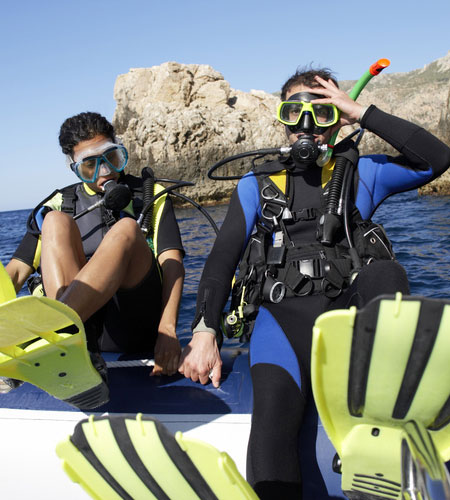 The islands are special because they’re bathed in a warm ocean current straight from the Coral Sea, so varieties of tropical and sub-tropical fish not seen in other coastal waters off New Zealand are in their element here, alongside their temperate neighbours.

Other traveller reviews on Spain

A bit of Love & Magic at Soho Theatre

Beyounceback? Beyoncé might have sang the Star-Spangled Banner after all