With its pine forests, yard-deep snow, indigenous reindeers and huskies, the region never fails to overwhelm the Christmas spirit of plane-loads of kids and kids-at-heart disgorging out of the Ivalo airport and being taken from reindeer riding, to storytelling by the local Sami tribes, to skidooing, to husky sledding, to tobogganing, to meeting the great man himself.

Granted, a lot of it is geared up for kids, but we sneaked up on Santa while he was sorting the Christmas lists and found out what  Lapland has to offer for grown-ups…

The best months to go to Lapland are December and January, when it’s cold but bearable, and there’s guaranteed snow – although there is usually snow cover from October to May. Temperatures reach -40 here, so understandably, Lapland even has its own sauna society. Most homes have one, and the Finnish take a sauna every morning like we would a shower, usually running out in the snow afterwards and rolling about in it naked. Or at least that’s what they tell tourists so you have a go while they laugh at you.

Tip: During the day, lots of thin layers are better than a few thick ones, and a ski outfit is not enough for the safari excursions or on most trips, be they on snowmobile, reindeer or by husky. But don’t worry, you’ll be provided with the correct clothing so frost bite won’t distract you from the fun. 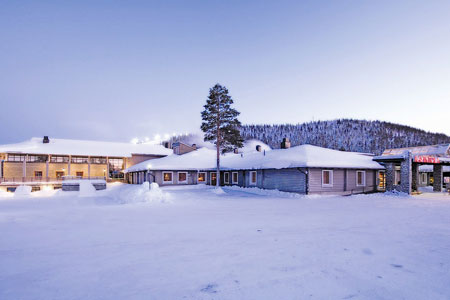 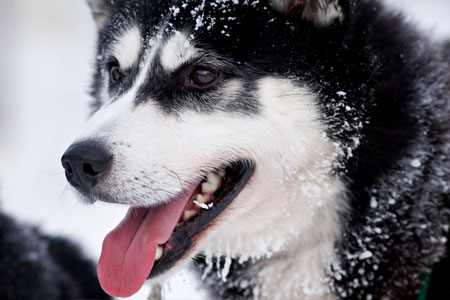 Start with a visit to a reindeer farm and sit with herdsmen around an open fire to learn about the oldest form of livelihood in Lapland. Then drive a snowmobile to a husky farm, where the howling and yapping of these surprisingly endearing dogs blisters the silence. Then to the ship, Sampo, the world’s only tourist ice breaker, operating on the northern Gulf of Bothnia out of Kemi. After serving for 30 years as an icebreaker, the ship now takes groups across the ice. You can even swim in the Arctic waters wearing a ‘Mr Blobby-esque’ suit.  Not a good look but it keeps you warm.

Be sure to take a toboggan along Finland’s longest toboggan run from Kaunispaa Fell to Saariselka and learn to cross-country ski, which looks easier than downhill, but is actually harder – although it’s also more fun.

At night, if you are brave enough, you can go snowmobiling over ice lakes. You are easily distracted from the thought of falling through the ice by the awesome reds, blues and yellows of the Northern Lights scorching the sky as you whizz along. Finish off with a hot meal of reindeer stew or delicious wild salmon at Huippu Kaunispaa Fell restaurant.

It’s got to be done. Sleep in an igloo built for two in The Igloo Village in Kakslauttanene Saariselka, the largest igloo village in the world. Sleep on a bed of ice, eat at ice tables, sit at ice chairs, and down an ice-cold vodka in ice glasses. Don’t worry, there is reindeer hide, a woolen rug and thermal sleeping bag between you and the ice bed, so you won’t freeze to it, which is helpful.

Finnair fly from London Heathrow, to Ivalo via Helsinki.

Looking for your next big adventure? Over at TNT Tour Search you will find exciting and affordable deals. 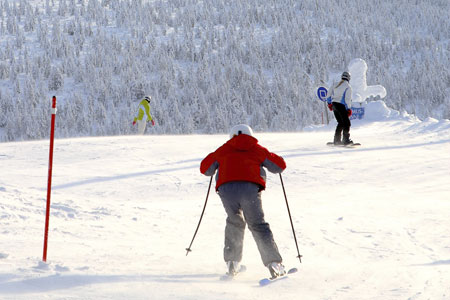 Hospitaility – Cooking up a career

Go to a Hen Night and hook up with Ashley Cole