Unplug it: Could you survive a Digital detox?

If you’re finding it increasingly hard to kickstart your brain into gear these days, you’re not alone.

A new study by the University of Utah found the amount of time we spend in front of screens – smartphones, tablets, laptops, etc. – can reduce our creativity.

Though it sounds hackneyed, science proves shutting down your personal devices and getting out in nature can give the imagination a boost.

The research showed a 50 per cent surge in brainpower after subjects got away from technology and went out walking in woodlands or parks. 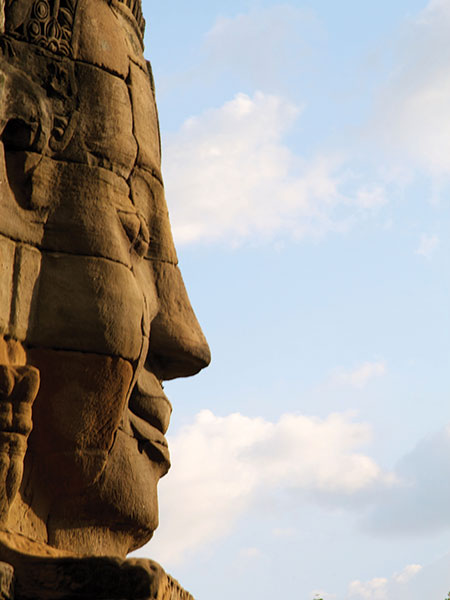 Levi Felix was first bitten by the digital detox bug when a system overload nearly cost him his life. “I was working 80 hours a week for a start-up; I had an iPhone and a Blackberry, and my laptop plugged in right next to my bed.

I burned myself out to the point that I ended up in the hospital with internal bleeding,” he recalls.

Felix knew he needed to change his lifestyle, and spent three years travelling: “I wanted to see what happy communities that weren’t connected 24/7 looked like.”

He brought the concept back to California and set up The Digital Detox retreat, offering a tech-free space for people to engage in ‘real-life’ activities, including meditation and art and writing workshops.

A UK branch is also in the works.“If you’re always engaging in content, you don’t have time to have truly novel thoughts,” Felix notes.

“People switch off their alarm clock and immediately start checking Facebook. They go to the bathroom, and play Angry Birds while on the toilet.

These parts of every day life where you can take a pause and be creative are gone.”

The next off-the-grid getaway is set for Cambodia, where guests break up their stay in a solar-powered guesthouse with fishing, snorkeling and jungle hikes. 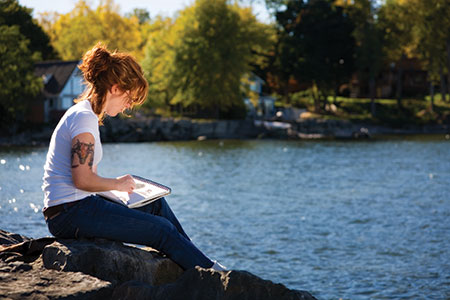 Of course, you don’t need to leave home to unplug. Jo Winsloe, who organises silent walks around London, said that once she took technology (and talking) out of the equation, her hikes became more meaningful.

“I was out with a group of walkers, and we sat down for lunch afterwards, and I asked, ‘Oh, did you see this honeysuckle, or hear that bird?’

And no one had. The original intention of walking was to get out into nature but the social element had taken precedence.”

Winsloe explains that there’s a difference between walking silently in a group and by oneself. With a group, she says, there’s less “internal chatter”.

“That empty space can be a place where fresh thinking comes,” she says.

Iain Thompson takes the opposite tack in his walks around London and beyond via his tour group, Walk Free Break Free.

While he doesn’t insist participants turn off their phones, he tries to get them engaged in the present by coming up with interesting themes, such as a haggis trail or a Chiltern Midsomer Murder tour.

“People get to know each other,” he says proudly. “It’s like a club without the membership fee.”

He adds that socialising in the flesh also spurs fresh ideas.

“You get a lot of free-thinkers, and you see them building on each other. It helps that they’re not trapped behind a screen.”