A giant sculpture called Urban Fox has gone up outside the Hayward Gallery at the Southbank Centre.

The giant urban fox sculpture, which faces towards Waterloo Bridge, was made from straw bales and represents the blend of country and city that can be found in London.

Urban Fox features in the Southbank Centre’s 60th anniversary celebration of the 1951 Festival of Britain.

The celebration runs from April 22 until September 4, 2011 at London’s Southbank Centre. 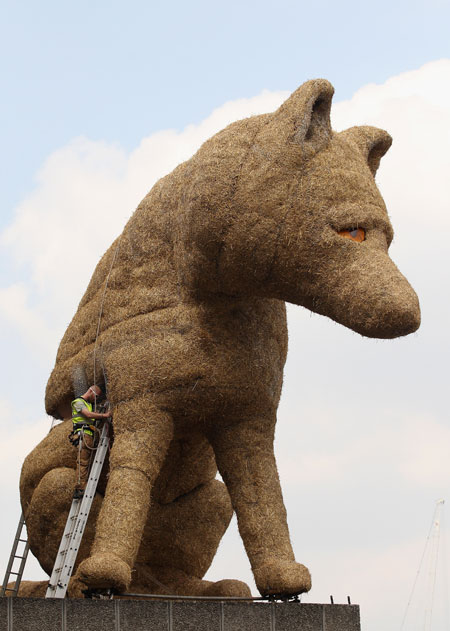 TNT editor hits out at Aussie PM in national press