Following the New Zealand complete ban on nuclear weapons in its territory back in 1985, US warships have been banned from Kiwi territory – a move which “surprised and deeply angered Washington in the mid-1980s” according to The Guardian’s Simon Tisdall. The US then responded with a suspension on its defence treaty with New Zealand in 1986.

“While we acknowledge that our countries continue to have differences of opinion in some limited areas, today we have affirmed that we are embarking on a new course in our relationship that will not let those differences stand in the way of greater engagement on security issues.” said Panetta to reporters during his visit, which was part of a tour of Asia. The Secretary also visited China and Japan. 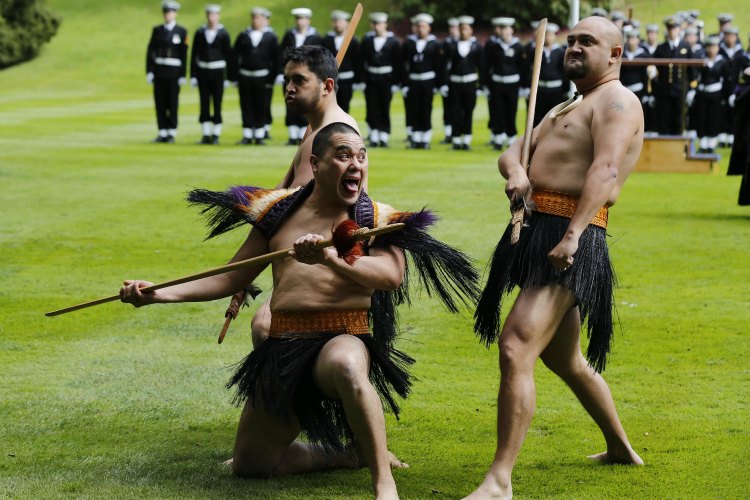 Maori warriors at a welcome ceremony for the U.S. Secretary of Defense in an official cermony at Government House, Auckland (Getty images)

However, New Zealand’s policy on nuclear weapons has not changed according to NZ’s Defence Minister Jonathan Coleman.

Not everyone was altogether welcoming to the US visitor. Brian Rudman of the New Zealand Herald wrote “Turn off the lights. Hide behind the curtains. Pretend we’re visiting sick rellies in Sydney.”

“The warlord of the world, Leon Panetta, slips into Auckland sometime this week – the first US Secretary of Defence to visit in 30 years – and he wants something.” ranted Rudman.

The diplomatic efforts as seen as part of the United States’ plans to strengthen relations in the Asia Pacific region as part of a new strategy, according to the BBC. As Panetta put it, the plan with New Zealand is to “engage in discussions on security issues and to hold co-operative engagements”.