Air New Zealand have got in on the hobbit fever action as the first part of the new trilogy The Hobbit: An Unexpected Journey is lined up for a big screen release in December by producing a Middle Earth-themed flight safety video. 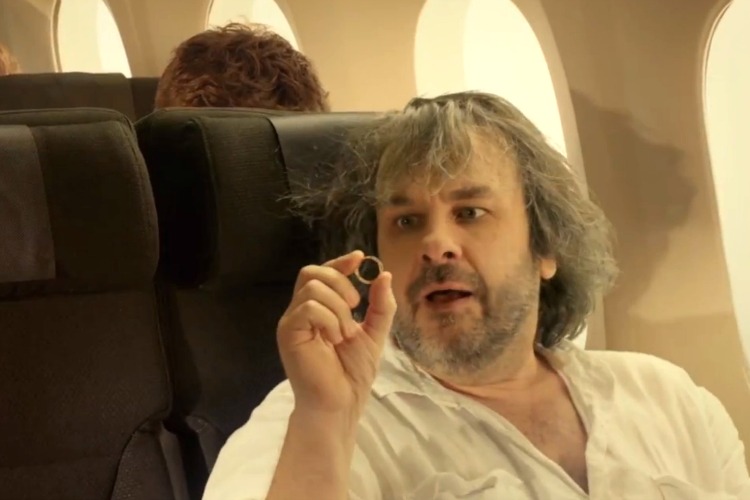 Peter Jackson and the preciousssss One Ring

Even director Peter Jackson pops up in a short cameo along with JRR Tolkien’s grandsons, in the video, entitled An Unexpected Briefing, as well as a host of weird and wonderful creatures from Tolkien’s fantasy world.