“The group member claims that the baby sexually excites him” Little Britain’s Matt Lucas said on Twitter of the video. 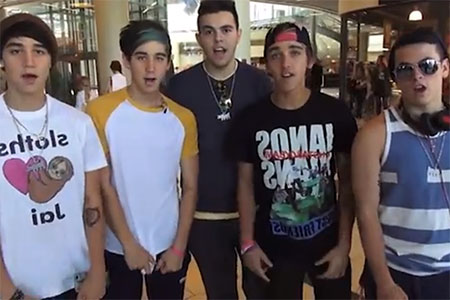 The Janoskians responded with a typically abrupt and unapologetic response, saying that they didn’t “give a fuck” and that it was definitely “their favourite video”.

“It was acting and if you couldn’t tell we weren’t really wanking…the baby would never understand what was going on,” they told fans on Twitter.

I am actually so sorry, on behalf of australia, to the rest of the world, for the janoskians actions. It’s embarrassing.

ok guys so the hole purpose of public wanking is to see unseen reactions. it’s never been done before and it’s interesting to see reactions

for the people who think we took it to far have really closed minds about the subject. it was acting and if you couldn’t tell we weren’t…

really wanking. not only the baby would never understand what’s going on. the hole purpose was to see the mothers reaction. and it was good

view from the tram at jackson hole wyoming

Pistorius not guilty of murder, judge to decide on culpable homicide