The crash happened after Lotus driver, Roman Grosjean, cut across the track in a reckless attempt to block McLaren’s charging Lewis Hamilton.

Grosjean hit Hamilton leaving both cars out of control going into the slow first hairpin bend.

Grosjean’s Lotus mounted the back of Sergio Perez’s Sauber, before flying over the top of Alonso’s car, inches away from the Spaniard’s visor.

Alonso was initially attended to by trackside doctors, but escaped largely unhurt, save for an aching shoulder.

“I passed the two Saubers when I felt as though I had been run into by a train,” said Alonso. 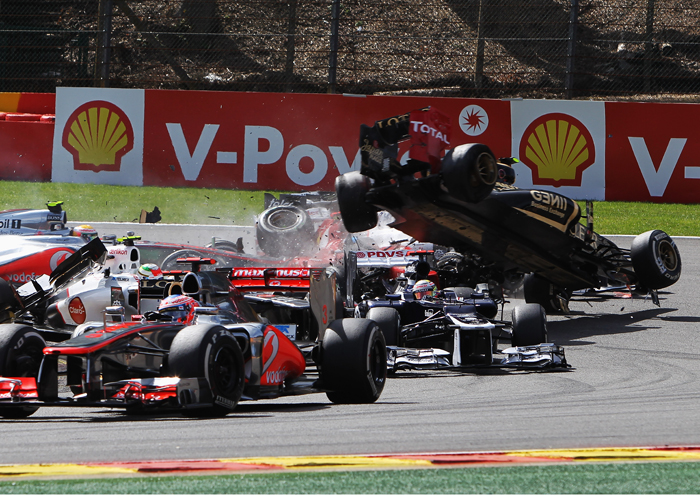 “Immediately after the impact I stayed in the cockpit for a few seconds, but then there was the start of a fire and the foam from the extinguishers meant I couldn’t breathe.

“Now I can say, given the misfortune of having had an accident like this, I am lucky to be able to get back in the car in just a few days.

“The level of safety of these cars is very high and today we saw further proof of that,” the Drivers’ Championship leader added. 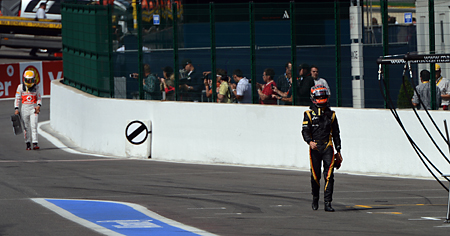 Hamilton had a few choice words for the French driver, who later accepted responsibility for the accident, before trudging back to he pits.

McLaren’s Jenson Button went on to win the race with a masterful drive, as Red Bull’s Sebastian Vettel kept his title hopes alive finishing in second.

Anzac Day — How it started

Touch down – A guide to getting started in Australia