Graeme Pullen and Wayne Comben were in waters south of the Isle Of Wight in the 17ft boat Taryn when they caught a giant thresher shark weighing around 550lbs on the end of the line.

Only the shark wasn’t too keen to be caught and a two hour battle between man and fish began, during which the two fishermen were dragged four miles out into the English Channel. 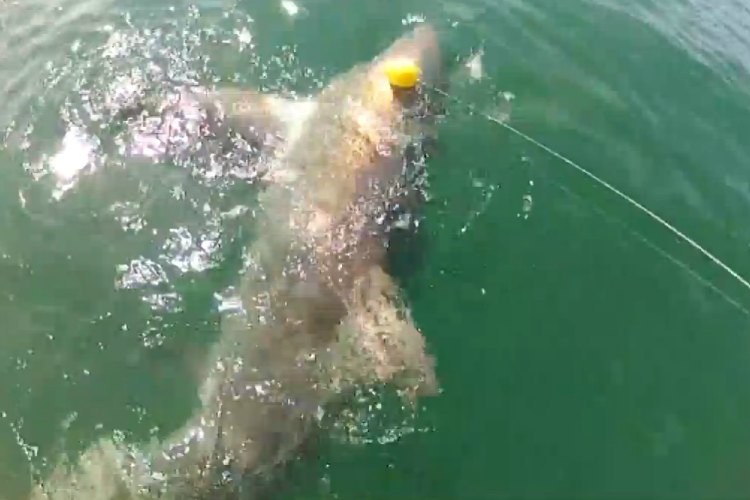 Pound for pound, the thresher shark is the toughest shark to catch, the men explain in the footage, and it lived up to its name in the footage captured by fishing filmmaker Pullen.

“All I can tell you is this fish is game,” Comben says in the footage that was shot for the Totally Awesome Fishing Show.

You grass! Groundsman reveals that the England v Italy pitch ‘is in bad shape’