The soap, set in London’s east end in the fictional borough of Walford has been running since way back in 1985. Last night’s episode was filmed live for the first time and filmed to coincide with the Olympic torch relays across the various boroughs of London this week. Scroll down for the video….

19 cameras were used to film the cast, who had been rehearsing the live special over the weekend. 450 extras were used in the background of the 8 minute torch ceremony sequence alongside 31 of the show’s cast.

The drama was increased in typical Eastenders style when Mitchell became stuck on the Tube on his way to carry the torch and then was forced to break into his own flat having forgotten the keys. 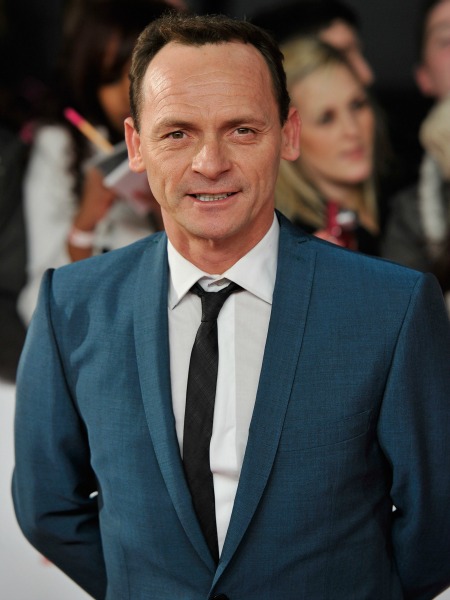 Perry Fenwick, who plays the role of Billy Mitchell in the BBC’s long-running soap Eastenders

Fenwick recently told Radio Times “I’ve been having these bizarre actor/athlete dreams where I’ve got no trousers on or I’m tripping up. It’s a weird blurring of fiction and reality…The fact that an extra couple of million people will tune in to see whether I fall over is a pressure in itself.“

Following the torch run, Lola (played by actress Danielle Harold), Mitchell’s granddaughter in the show ‘gave birth’ live on air – the actress had previously told Digital Spy “I’m terrified! I’d rather have a baby in real life than do this live!”

Fenwick filmed his 1000th episode of the show as Billy Mitchell in 2010.

Watch the video of the Olympic torch scene below. 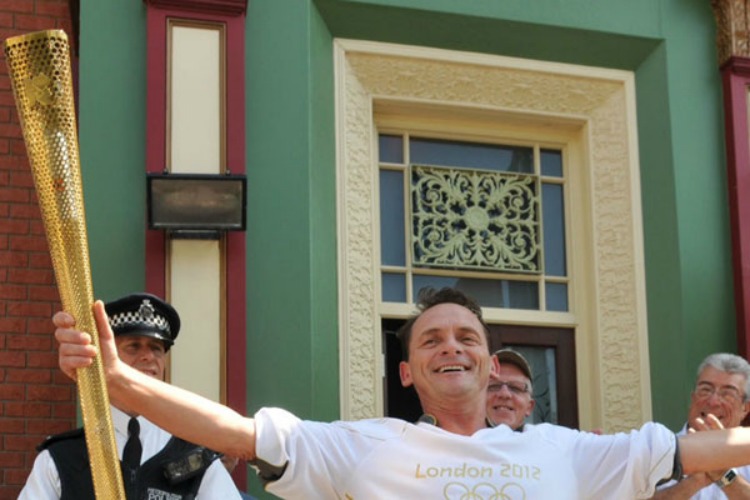 Behind the scenes (BBC images)