Not all young people on a drunken night out are trouble makers. Some are do-gooders. Outside a kebab shop in Boston after a evening’s drinking a few young guys decide to pull on wonky bike stand. What initially looks like a bunch vandals soon materialises as a band of public-spirited Good Samaritans. Caught on CCTV the group discussed tactics before spending nearly 13 minutes straightening up the metal hook. The rack, which had been left damaged for a few weeks after a car reversed into it, was supposed to be mended by Boston Borough Council. The young men stepped in before the council and all but fixed it. 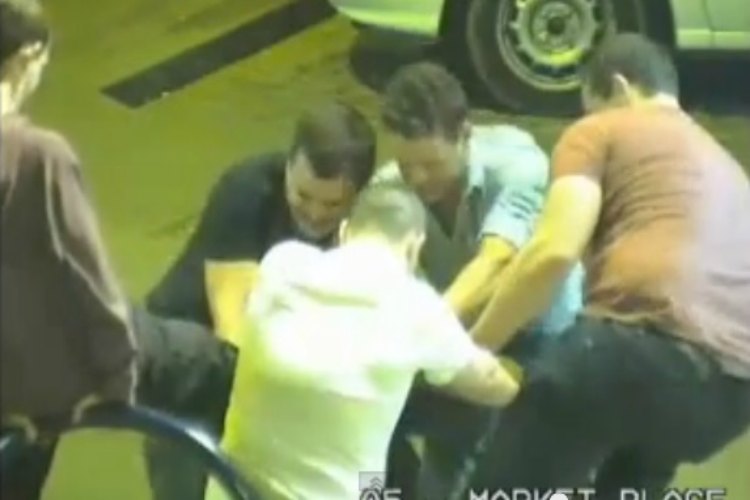 The council was surprised by their actions. Councilllor Stephen Woodliffe said that he found it “remarkable”.

“Young people often get a bad press and this shows there are some who want to contribute to their society and do the right thing.”

These young men have also helped improve the image of a generation. “It shows young people acting in a very positive and constructive manner and show they have a good and responsible attitude to what’s happening in their town. Their actions were very public spirited and impressive.”

Boston Borough Council’s safety officer, Peter Hunn, added: “To look at the bike rack now you would hardly know it had been damaged. The night-time economy is not all about bad lads doing bad things.”