An dead alien has apparently been found in Russia and a Youtube video supposedly showing the mangled alien body has been viewed more than 900,000 times, with many called the footage a hoax.

The dead alien’s body was apparently found in the snow in the Irkutsk region of southern Siberia, Russia. Last month there were reports of strange lights in the sky, leading some to believe that there may have been a UFO crash.

In the Youtube video, the tiny alien appears to be missing a limb and has a hollow-looking skull with large eye sockets in a fairly standard ‘alien’ face.

The grizzly remains of the extraterrestrial were apparently discovered by two walkers.

“We couldn’t believe it when we saw it. And what was spooky is that there was no sign of the spaceship. Perhaps that was taken away and the body overlooked,” said Igor Molovic, one of the pair that uploaded the video to Youtube.

Watch the discovery of the dead alien in Russia here.

UFO followers believe that Russia’s dead alien may have been the result of an accident on an alien spaceship. The area is known as a UFO hot-spot and last month villagers told of seeing a pink and blue glowing object hurtling towards the town.

Reports were taken seriously enough for Russia’s Emergencies Ministry staff to look into them. When the investigation found that there had been no aircrafts in the area during the time the lights were seen, UFO-theories seemed to gain ground. 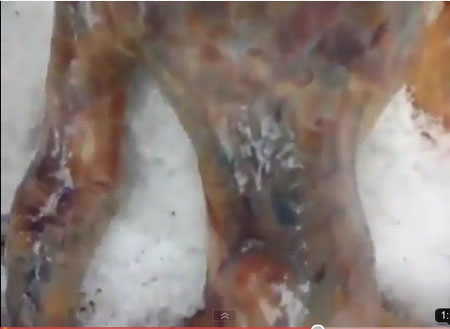 This, apparently, is what an alien body looks like.

However, some people believe that the alien body was missed by Russian military alien experts who came to investigate the UFO crash.

The alien clip has been racking up views on Youtube but many are unconvinced of its veracity.

“Whoever made it should be very proud of themselves because the alien is very cool looking,” wrote blueeyesaf.

“Why the aliens look always the same like in movies and cartoons?” wonders miige89. 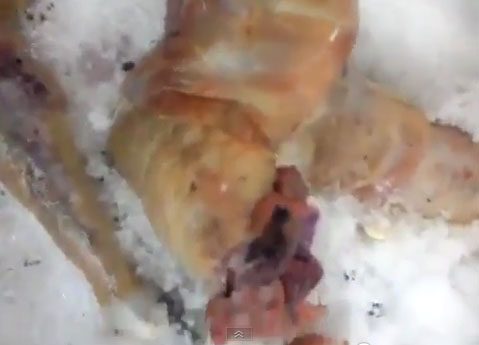 There are believers out there though.

“What a interesting find. I can’t and will not say if its real but that is actually pretty possible it is real, poor thing got hurt in the crash though. May you rest in peace mister/misses alien,” said a sympathetic ibunny123120.

Save money with deals at Sainsburys, National Express, Vue cinema and Waitrose

Do something really nice for your mum