The video is not for a sequel to the Eighties classic, but for a new Honda CR-V which is being launched. But there’s little of the car in it and lots of ‘Ferris’.

We say, Ferris, but the character in the commercial is actually Matthew Broderick playing a version of himself, calling in sick to his agent, saying he’s “too ill” for work and then going on a tour of the city on his day off, much like Ferris and co did.

He passes his agent in a car, does some impromptu street singing and makes mischief in a museum too.   And that’s before his car – the aforementioned  Honda – is taken for a joyride round the town behind its owners back. 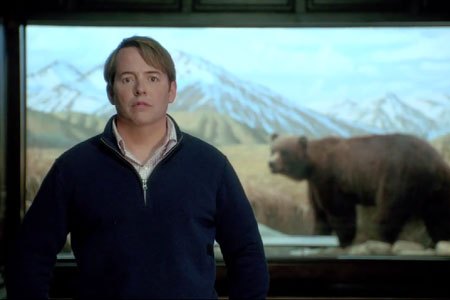 Let’s face it, reprising one of your best roles for an ad is not all that cool, but somehow Broderick comes out of it his credibility intact. Mostly because it reminds us of how cool  Ferris in the first place.

Great music: It’s all about instruments

Tougher new laws crack down on alcohol-fuelled violence in Oz