The incident was filmed on a low-quality smartphone but the surprise of a huge hungry fish wrapping its gnashers around the man’s arm can clearly be seen.

According to Gawker, the man’s name was Ryan Reynolds (nope, not the star of the Green Lantern and Van Wilder) and the fishy tale was filmed at Islamorada in the Florida Keys. 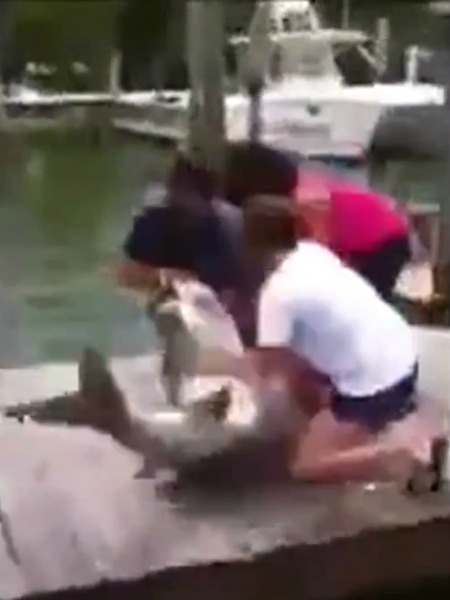 However, not everyone is convinced that the incident was an accident. Some have guessed that the man was indulging in ‘hillbilly hand fishing’.

“Am I the only one that noticed that the first thing the dude does when the Tarpon latches on is reach his other arm through its gills and out its mouth to pick it up out of the water? This is no accident, this is hillbilly handfishing, catch and release style. As a matter of fact, I’d go so far as calling it animal cruelty.” commented one viewer.

Watch the video below. Be warned, the screaming gets very loud.

Hiking in Montenegro, The Balkans