Video: George Clooney arrested outside Sudan embassy, presumably for being awesome and principled

Clooney was arrested for crossing police lines, along with his father and civil rights leader Ben Jealous.

In a dramatic moment they were cuffed with plastic tags and led into the back of a white US Secret Service van. The area outside was packed with hundreds of news reporters and fellow protesters. 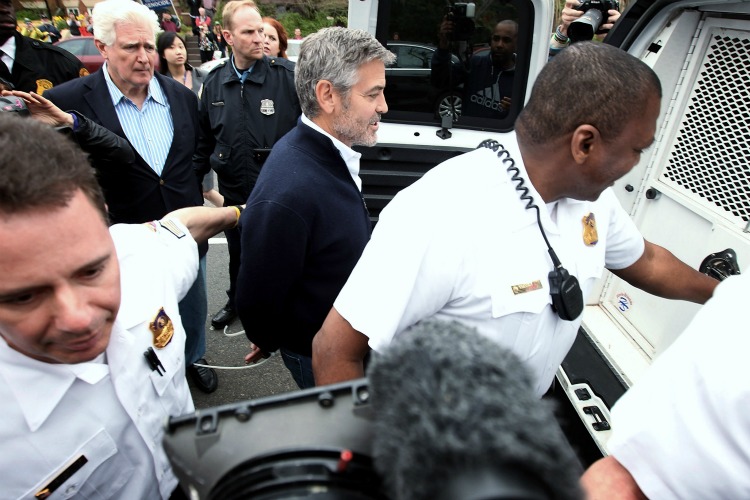 The protests came about to raise awareness of the situation in Sudan – the Sudanese government are accused of being behind the murders of civilians.

The Hollywood actor director warned that he feared there would be “a real humanitarian disaster” in Sudan unless some form of intervention from the US was considered.

Clooney told reporters “I’m just trying to raise attention. Let your Congress know, let your president know. It’s actually a humiliating thing to be arrested no matter what you do, but I’m glad to be standing here with my father.” 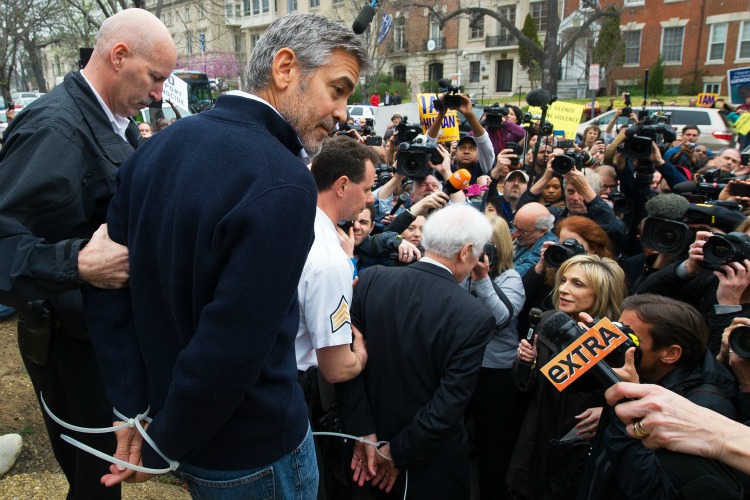 President Omar al-Bashir of Sudan is accused of blocking aid and food to his people in the south of the country.

See the arrest video below.

Clooney directed a video, which you can see below (scroll to the bottom of the page), showing war crimes being committed in Sudan, which was released to the media this week.