Donald Trump has released a video demanding President Barack Obama records after major media hype that he had a major ‘revelation’ about Mr Obama.

Trump had been spreading his message across the world of social media in the past 48 hours that he had a major revelation concerning President Obama’s personal life. Touting on Twitter and Facebook that he had an announcement that could change the course of the election.

The millions that waited for the announcement that was to come at 12:00 EST were a bit letdown when they were given a video of Trump demanding Mr Obama release his college records / applications and his passport records. In exchange, Trump would give five million dollars to a charity of Mr Obama choosing.

Trump was behind the push to make Mr Obama release his long form birth certificate, which he eventually did. The problem with his current demands are that he wishes to have the documents so that he can prove Mr Obama applied to college as a foreigner or that his passport records reveal his non-American birth.

Mr Obama’s birth certificate which disproves Trump’s theory, can be seen below. 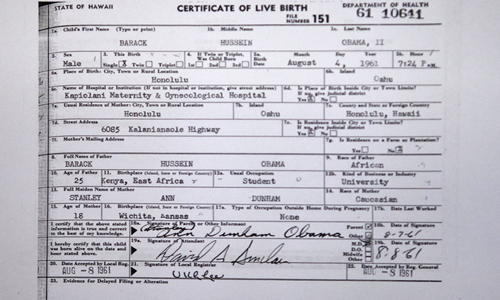 Canada eTA, What You Need To Know