With large numbers of people endangering their wellbeing wandering into the unknown with touch screen phones demanding so much of our attention, it’s a big problem for Londoners on crowded city streets.

In New York the problem is the same, so the US city’s biggest paper The New York Times commissioned filmmaker Casey Neistat to make a short film to explain the safe way to communicate on the go. 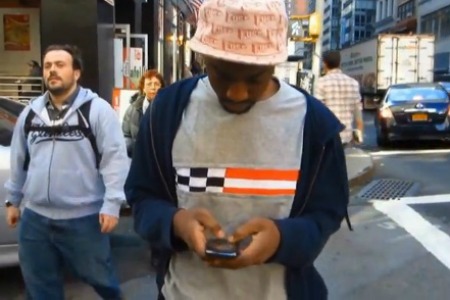 It’s a dangerous thing to do you know – particularly if you happen to be crossing a road without catching the approaching double-decker bus in your peripheral vision.

Pay attention to text etiquette (textiquette?) everyone and check out the funny film below.

Top five things to do in London this weekend!