Filmed in the spectacular desert of Moab in the state of Utah, the video was created and uploaded by user and professional adrenaline junky devinsupertramp, who regularly gets up to these kind of hair-raising stunts.

Devin Graham and his friends look like they had a lot of fun filming these daredevil antics…but the set up complete with plenty of safety ropes and harnesses mean this isn’t the kind of thing you could try out too easily at Waterloo Bridge. 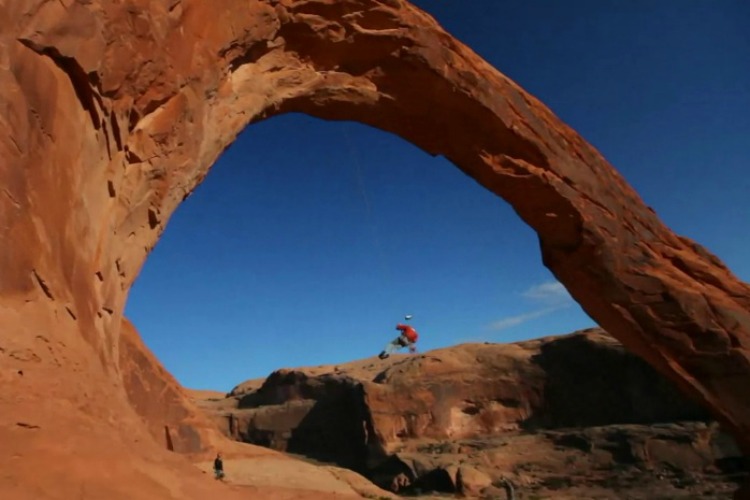 Devin says on his blog “Here’s the latest!!! One of the funnest film shoots we have done yet!!”

Wish you were there? Watch the video below, it’s pretty thrilling stuff…

How The Australian Dollar Can Impact Potential Holiday Destinations