In the middle of the play, both players were running down the centre of the field when Wambach suddenly dropped to the ground, clutching her eye. Play did not stop immediately, until the referees realized Wambach had sustained a serious injury. Upon replay it became more obvious what had caused her injury.

“That is a red card if you ask me. No matter what, no questions asked. That is violent and that is absolutely uncalled for,” said the announcer on US channel NBC. “ 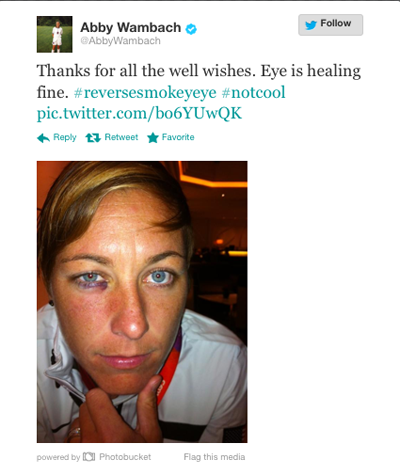 Andrade maintains that she did not intentionally harm Wambach.

The US went on to win the game against the Columbian woman’s football team with a score of 3-0.

Andrade has been suspended from two games by FIFA, though the American team did not launch a formal complaint against the incident.

The 2-0 US team will play next in Manchester against North Korea. Columbia will play France on Tuesday, though they are not expected to win.

Cycling in Poland – take a tour through the mountains