How wrong you are. Peel back the tourist trap layer and discover the alternative Paris.

It may be an ‘official’ attraction but on how many tourist excursions can you literally get your hands on human skulls?

This 1.5km underground network of tunnels houses the skeletal remains of almost six million Parisians from the 18th and 19th centuries. You’re 19m underground and surrounded by the dead. It may sound creepy but among the dimly lit remains of the deceased the imagined danger is thrilling.  Stay a while and pose for photos while holding skulls – it brings a whole new meaning to using your head.

This surely is the sex world’s answer to the Louvre. There are five floors tastefully dedicated to the favourite pastime of most human beings. 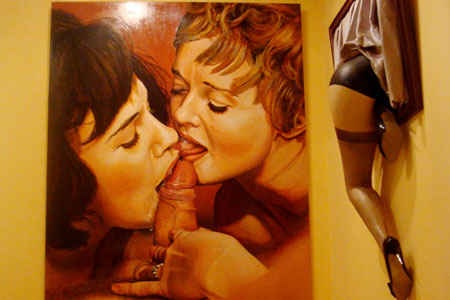 A museum of anatomical oddities with some real freaky shit: think the preserved body of a baby ‘merman’ born with a ‘fin’ instead of feet; three wax-injected human foetuses dancing a jig; and a wonderful collection of ‘monsters’ including two- headed and eight-legged animals.

Honore Fragonard was the Paris veterinary school’s first professor of anatomy for six years and prepared thousands of anatomical pieces. When he was expelled in 1771 as a ‘madman’, he continued to prepare dissections in his home, earning money by selling his works to the aristocracy. 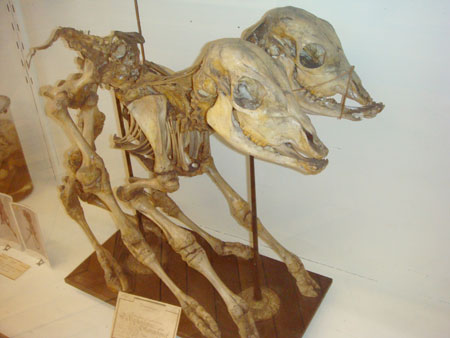 Wander this massive former refrigerated warehouse, drifting from room to room among the smell of paint and marijuana.

Les Frigos has been a home to artists since the Sixties and was initially a squat until the occupants were almost evicted in the Nineties. They fought for their right to stay and won.

Today, Les Frigos remains a hive of creativity – on any given day you will find performances, exhibitions and meetings in any of the myriad rooms on five graffiti-covered levels. Many of the artists are happy to talk about their creative processes and may even share a wine.

Paris by night is a different city to Paris by day and by spending the after-dark hours in your hotel room there’s much you’ll miss out on.

Fat Tire Bike Tours runs a 13km cycle tour which takes you on the roads of Paris, among the traffic and through the crowds, to explore the glowing city.

See the Louvre and Notre Dame all lit up, ogle the apartment of Johnny Depp while you taste Paris’s most-loved ice cream at the Berthillon in Meudon and reminisce at the flame of Princess Diana.

One of the most popular aspects of the tour is the finale – a boat cruise up the River Seine, on which you are plied with as much wine as you can drink. Afterward, grab another bottle and mingle with the locals who love a tipple along the banks of the river.

» Meet at the south leg of the Eiffel Tower. 7pm daily (fattirebiketours.com/paris). £25

Café Procope
Paris’ first cafe. Legend has it that Napoleon couldn’t afford to pay his bill and had to leave his hat behind.
» 13 Rue de l’Ancienne Comédie, 75006. Metro: Odéon. 10:30am to 1am daily

Releif when the parachute opened

Warm up for Wimbledon