Birmingham may be Britain’s second largest city, but these days its inhabitants (the Brummies) are no longer content to play second fiddle to London. And neither should they, as I discovered when I headed to a city where I found more canals than Venice, a totally revamped centre, a buzzing arts scene and one of the most impressive budget culinary sensations in Britain.

Birmingham and that, shall we say, ‘distinctive’ Brummie accent – it has been voted Britain’s ‘least cool’ –  has not enjoyed the best press over the years. Katie, the first proud Brummie I chat to in a café outside the railway station, is keen to set the record straight: “It’s totally unfair. We don’t get the recognition we deserve up here. London may have the Olympics, but we’ve got Ozzy Osbourne, UB40, The Streets, Cadburys and the balti!”

There is indeed nothing like Birmingham’s famous balti. Unlike Brick Lane in London, the ‘Balti Triangle’ is far more than just one street. Its tentacles spread right across the south of the city through the quarters of Sparkbrook, Balsall Heath and Moseley.  My waiter Aadi explains when the craze first swept through Birmingham: “Baltis grew first amongst the Pakistani and Kashmiri communities in the 1970s as a cheap way to enjoy cheap, tasty cooking. They have not looked back since and ours get eaten as fast as we can cook them!” Conflicting stories surround the origin of the balti, a cross between a British stew and an Indian curry, but after my first mouthful I don’t doubt its lip-smacking deliciousness. I do regret ordering the large ‘karack’ naan bread, though, as it covers most of my table.

The balti tradition may still be going strong, but Birmingham is not a city to rest on its laurels. Walking around the centre, I see straight away why Birmingham has become one of the hottest shopping and weekend break destinations outside London. The Mailbox and the Bullring have taken rundown old areas and injected them with creative modern architecture. Big name stores like Selfridges and Harvey Nichols have moved into a canal-studded centre that has been revamped with pedestrians in mind. 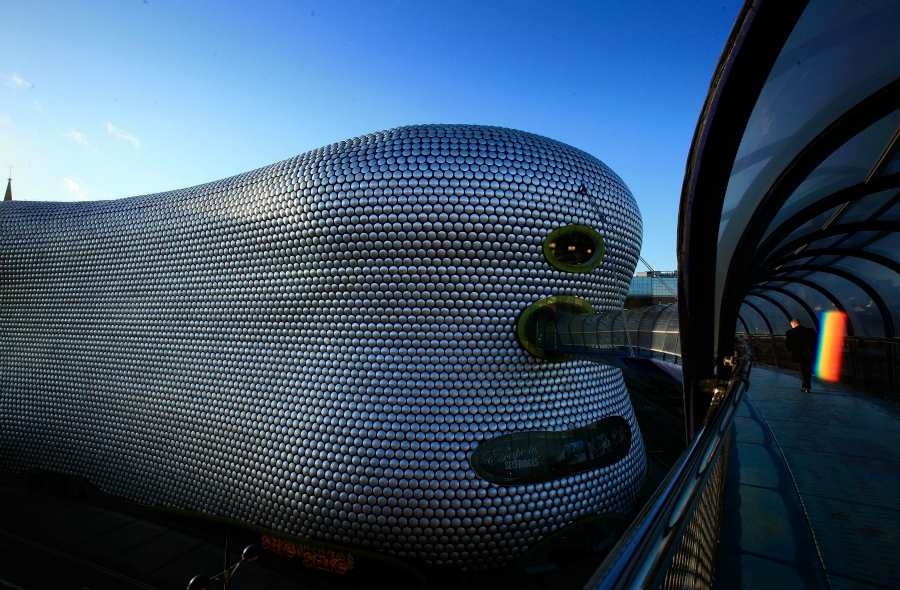 Birmingham is also a city of quarters and mercifully for my budget they were not all stuffed with designer stores. There’s also a flurry of colourful markets where you can seek out a bargain. Right in the centre I come across the legendary Jewellery Quarter, home of the city’s craftsmen since the 18th century. Here in a shopping experience charmingly the polar opposite of Harvey Nichols, I have a ring designed, then forged as I eat lunch, at a fraction of what you would pay in London.

Birmingham is Lord Of The Rings in more ways than one, as the author JRR Tolkien spent much of his childhood in the city. He used many of its brooding industrial and natural landscapes in his novels and I could make out the unmistakable towers of Minas Morgul and Minas Tirith. There is an official Tolkien Trail, which can be a bit tricky to follow, but there are guided tours to keep you on the right track (guidingyou.co.uk).

More cerebral attractions include a flurry of art galleries and museums. I pop into the buzzy café at the avant garde Ikon Gallery (ikon-gallery.co.uk). One of the ultra-friendly staff, Emma, fills me on the city’s burgeoning cultural scene: “There is so much here and not just cutting-edge culture,” she says. “The Edgbaston and the Barber Institute of Fine Arts is a seriously underrated collection boasting works by Turner, Whistler, Manet, Pissarro and Degas, while the Birmingham Museum and Art Gallery tells the story of our city.”

It might not be quite up alongside London yet, but Britain’s second largest city is now firmly on my travel map. I’ll be going back for sure, not least for another balti, but I’ll be making sure this time to bring someone else along to share that massive naan bread.

Stylish oasis Lasan aims to reinvent everything most people think about Indian cuisine. In 2010, they won the title of “Best Local Restaurant in the UK” on Gordon Ramsey’s F Word (lasangroup.com).
Informal and seriously relaxed Kashmiri serves excellent baltis, but plenty else besides and is great value too. (0121 4334320).
Head down to the Tap & Spile for a hearty pint of ale in this traditional pub, which dates back to 1821, making it older than much of the city. (tapandspilebirmingham.co.uk).
Sink into a comfy sofa, soak up the canal views and enjoy a drink on the heated terrace at Bar Room Bar. (barroombar.com).
Chic hotel group Malmaison has gone all new Birmingham and reinvented the old Royal Mail sorting office into a slick, moody boutique hotel by the water’s edge. It does great food too. Double rooms from £89 (malmaison.com).
Mint Hotel is a surprisingly modern hotel considering they offer double rooms from £85. Look out for the new cocktail bar and large terrace (minthotel.com).

GETTING THERE
Virgin Trains (virgintrains.co.uk) run services from London to Birmingham (two hours) with return fares starting at less than £20

London sound: Soulwax and 2manyDJs team up for an Xmas club party at Brixton Academy – December 21 and 22