Mowen took over as Australia captain from James Horwill but Fairfax has revealed the Brumbies star is giving up 2015 World Cup hopes for his family.

The 29-year-old cited the travel regime of international and Super Rugby as the reason for his call.

“It’s the hardest decision of my career and I flipped 100 different ways trying to figure out which way I was going to go,” Mowen told Fairfax’s Canberra Times. “But being away for so long, it was a bridge too far. It’s time to put my family first, that’s the most important thing. I’m extremely thankful for the opportunities I’ve had, but the reality is it is time to put my family first and have quality time together.”

The next step is the certain signing of Mowen to a major French outfit to play in the Top 14 and Heineken Cup competitions that already boast the likes of Toulon’s Matt Giteau and Johnny Wilkinson – though they didn’t make their big-money moves there at the peak of their power. 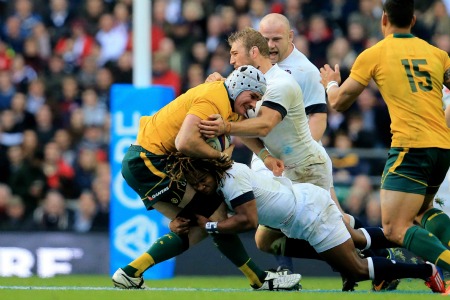 Mowen is a rock for the Wallabies, the lineout specialist who moved from the Queensland Reds to lead a revival at the Brumbies in recent years.

“It was short and sweet for a Test career. It’s a hard decision. It took months, but I’m comfortable where I’ve come to and I’m proud of the contribution I’ve made.”

The decision leaves Ewen McKenzie with a big decision as Mowen’s departure leaves Quade Cooper as the incumbent national captain given he was controversially awarded the role of deputy.

How to Avoid Shark Attacks – A Short List of Tips