Love cinema? Here’s some of the best places to enjoy it in the great outdoors this summer in London.

This secretive film club has grown from one- off immersive movie performances to month-long seasons, the latest being Ridley Scott’s Prometheus.

Dalston Roof Park a little area of green atop a Dalston roof with stunning views of the city, hosts evening screenings, with a difference – the films are all chosen because of their cine-aceness and kick- ass soundtracks. Up next are Scarlett Johannson and Bill Murray in Tokyo dream Lost In Translation and Sixties classic The Graduate. 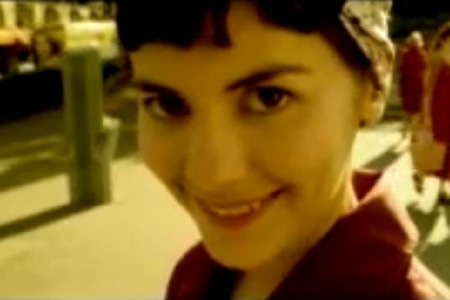 The ace rooftop bar at the Queen in the East End plays host to a sterling roster of under-the-stars movies. Today (Mon) there’s Spinal Tap, followed by the likes of Bad Boys, Amelie, Indiana Jones And The Temple Of Doom and Bill Murray classic Groundhog Day. The programme at sister venue, The Kensington Roof Gardens, kicks off again in August, as well.

This indie-art- styled chain flirts with the mainstream, but focuses on leftfield, smaller-scale flicks. Recently, comedian Tony Hawks presented his film Playing The Moldovans At Tennis (it’s about exactly that). Spike Lee’s Do The Right Thing screens this month, as does a filmed production of Danny Boyle’s stage version of Frankenstein. 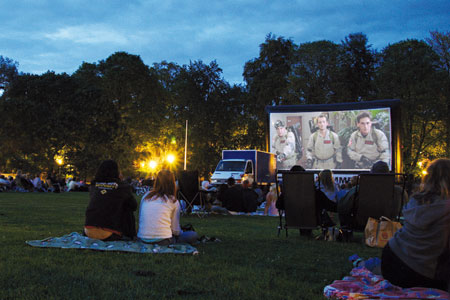 ”I love movies but I got to the stage of hating going to the cinema,” Pop Up Screen’s founder David Leyton says of the inspiration behind his pop-up moviegoing. Taking to some of London’s biggest parks will be Derek Zoolander and Anchorman’s Ron Burgundy, with beers and wine and buffalo, ostrich, springbok, wild boar and wildebeest from Tuckers Exotic Meat Shack, too.

This multi-arts centre has a full film programme, including art docos, indie flicks (Your Sister’s Keeper) and blockbusters, too. 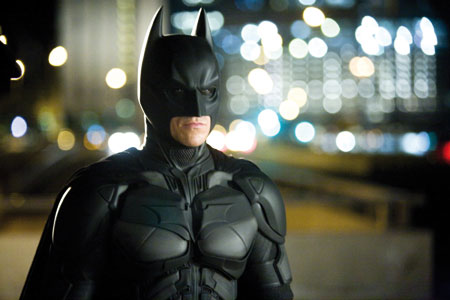 Director Christopher Nolan, who has risen to become one of the most powerful filmmakers in Hollywood in the space of just 14 years, has so much clout right now that he opted not to shoot the forthcoming The Dark Knight Rises (right) in 3D, as studios wanted, and instead opted for the film format he prefers – IMAX.

Boasting the biggest, clearest, most impressive and downright most cinematic image going, projected on a screen 20m tall, it’s a filmgoing experience unlike any other.

It’s the perfect venue to watch what is sure to be the movie event of the year: Nolan’s third – and final – Bat-outing, with Christian Bale back as the Caped Crusader facing off against Tom Hardy’s Bane. 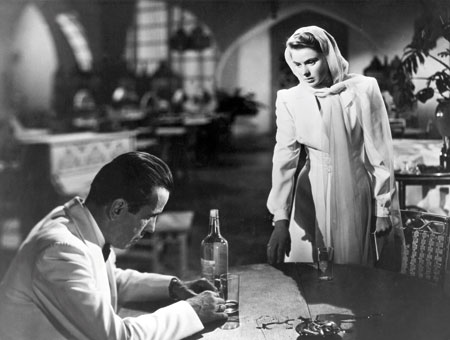 From Casablanca to Ferris Bueller’s Day Off, this touring cinema project specialises in bringing the finest cine- classics to a number of special venues, chosen for their English heritage and picturesque surrounds, near you.

The Luna Cinema pulls into luscious English locations such as Hampton Court Palace and Kew Gardens, as well as across the south east, too. Our pick is Edward Scissorhands in Regent’s Park.

The Studios occupy an abandoned east London signwriters warehouse, the building itself scheduled for demolition in 2013. In the meantime, though, it’s  an art and creative space putting on films, exhibitions and live events.

Coming up is Utopia London, director Tom Cordell’s film journey through the city; London: Hidden City, featuring three newly commissioned short films about the capital, as well as midnight movies. It’s a celebration of the city’s East End history, before it is lost forever. 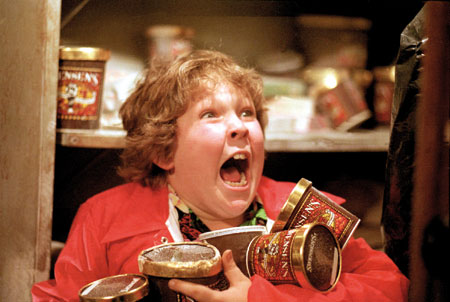 Rather than being locked down to one location, the NRC troupe beat a path from place to place, each film setting up camp somewhere new. Or, as the organisers explain, it’s “the roaming-est pop-up cinema experience in the world”, with immersive elements the icing on the cake. Up soon are The Goonies and The Big Lebowski, in the likes of Queen’s Park and Fulham Palace. Top stuff.

See the season out with this Indian summer-timed movie fest. It’s set in the extremely pleasant west London Kew Gardens, where you can picnic and relax while watching the likes of Colin Firth’s The King’s Speech and Audrey Hepburn in Breakfast at Tiffany’s. There’s also a smattering of sing-along classics in Mama Mia! and John Travolta’s T-Bird stomping Grease. 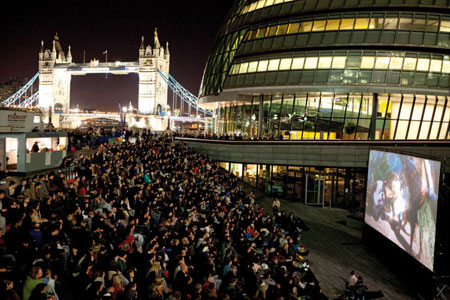 As the name suggests, you’re not going to find Spider-Man swinging across New York’s skyline in three-dimensions, or Christian Bale’s Batman.

What you will find, though, are fascinating independent films, recent indie-scene hits and classics, as well as various film seasons, talks, discussions and events. James Franco recently popped in to introduce a screening of Jack Nicholson’s Oscar-winning 1970 drama Five Easy Pieces.

Coming up soon are the Rushes Soho Short Film Festival; the Artists Film Club, offering talks and workshops on moviemaking magic; and films and docs from around the world.

Film’s home on the banks of the Thames has Hitchcock and Warren Beatty seasons, and shows everthing from IMAX Hollywood flicks to obscure, unearthed-from-the -archives art docos, and all in between. Something for cinemagoers of all tastes . 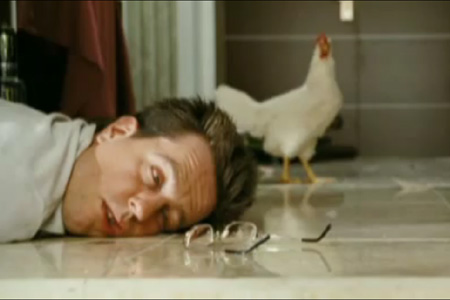 Cinema Under The Stars – Syon House

Vegas nightmare The Hangover, Pink Panther sequel A Shot In The Dark and Brit-retirees-in Mumbai comedy drama The Best Exotic Marigold Hotel are the first three films to be announced for this outdoor movie season at the London home of the Duke of Northumberland.

So not only do you get some top movies to make you laugh, cry and cheer, but you get to enjoy them in some truly royal surrounds, as well.

Trafalgar Square becomes the setting for one of the biggest outdoor cinema events in town (10,000 people have been squeezed into this iconic London locale before).

The Opera House screens Metamorphosis: Titian 2012 productions from Covent Garden for opera and ballet fans to soak up in the – fingers crossed – warm and sunny city centre square. The carnival vibe means you don’t have to be a die-hard ballet fan, either.