09:00  Panama is the last country in the connecting Central American strait before you reach Colombia and the rest of South America. And Panama City is the country’s rollicking capital – it’s loud, hedonistic and doesn’t get a whole lot of sleep. It’s also home to plenty of natural beauty. As it’s 9am, you might want to get stuck straight into that side of things first, and have your mind blown by the stunning creatures in the Parque Natural Metropolitano de Panama. Spot brown-headed spider monkeys, keel-billed toucans, blue-and-yellow macaws, brown-throated three-toed sloths and animals you didn’t even know existed (red-eared slider – it’s a stripey kind of turtle). Entry is US$1 (63p). Want to see even more? Get up-close-and-personal with a crane tour of the park’s rainforest canopy with Ancon Expeditions.

13:00  Refuel with an executive burger, for £5.50, with avocado, bacon, cheese and sauteed onions at Market – a popular deli-style eatery for a laidback lunch.

14:30  Spend the afternoon checking out Casco Viejo, Panama’s historic district and World Heritage site, which started out in the second half of the 17th century as a walled city. As Panama was a major port, exporting most of the gold and silver Spain took from America, the walls protected inhabitants against pirate attacks. Here you’ll find Caribbean architecture, Art Deco, French and colonial buildings – plus the Las Bovedas (an esplanade that runs along the top of the sea wall) and the Neo-Classical National Theatre.

19:30  Sample some proper working-class Panamanian food in the open-air cafeteria-style El Rincon Tableno (corner of Calle 27 Este and Av Balboa La Explosion), which is something of a local institution and hasn’t been changed into a tourist-friendly food stop. Menus change daily but don’t bring a veggie – the dishes are all about the meat.

22:00  Legendary nightlife is what Panama City does best. You’ll find it on Calle Uruguay, where there are bars and clubs for every kind of thrillseeker. There’s a branch of Hooters, close to a big Miami-style clubbers’ paradise, called K’OS. But if you’re in the market for sampling the local nightlife, head up the road to salsa, merengue and bachata bar, Bamboleo (Calle 48) and ask for a cubetazo (bucket of beer) – it will set you back less than most of the other nearby drinking holes.

03:00  Retreat to party hostel and backpacker haven, Luna’s Castle. The creaky colonial mansion by the sea is a hotspot on the Gringo trail and the party may well be continuing when you get back in. 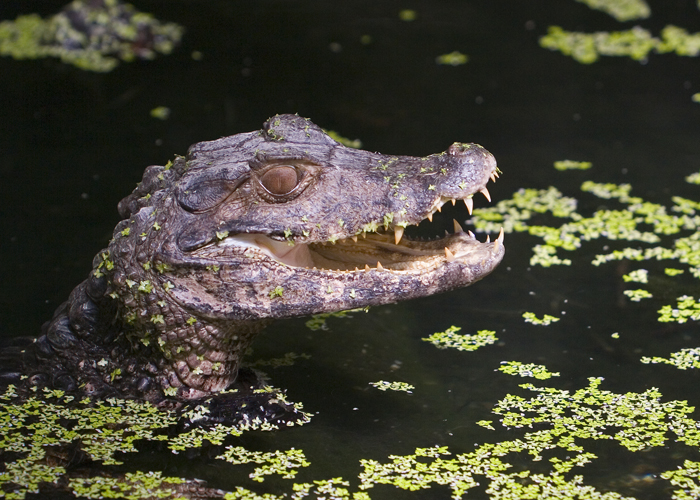 11:30  Allow yourself some morning recovery time, then give your hangover a big grin goodbye with a huge plateful of rice and the meat of the day at the old-school diner, Cafe Coca Cola on Avenida Central Casco Viejo. The air-conditioned spot is a good place to people watch, and it’s a hub for chess games and tuning into Latin American football matches on TV.

13:30  Take a stroll along the Panama Canal, which links the Atlantic Ocean, via the Caribbean Sea, to the Pacific. It’s a key route for international ships. A good vantage point is the Miraflores Visitor Centre, at the Miraflores locks (pancanal.com), which has a viewing terrace and an exhibition on the canal’s history. Entry is £5.

14:30  And while on the subject of the canal, the Canal Administration Building is worth a visit. It might sound as dull as dishwater, but is far from it. The ceilings of the striking hilltop colonial building sport some impressive murals, painted by New Yorker William B. Van Ingen, and depict the labour effort that went into building the canal, from excavation to constructing locks and dams.

16:00  Now head up to the Amador Causeway. The four small islands were connected to act as a breakwater to protect the canal entrance using the rocks excavated when the waterway was built. It’s a popular walking, cycling and jogging spot, where you get an amazing view of the city.

19:30  Get some nosh at Al Tambor de la Alegria, on Brisas de Amador, where dishes are named after Panama’s different regions and cost from £4.50. Arrive before 9pm on Monday-Saturday and you may be lucky enough to catch an hour-long folklore dance presentation covering the history of Panama, from the arrival of the Spanish to the construction of the canal.

23:00  Bid adieu to Panama City as the locals would – by partying. Habana Panama – imagine the colourful vibe of 1950s Cuba – is a good place to do so.

Man charged over raid in which burglar stabbed to death

Fabrice Muamba: ‘Did we lose the game?’