‘We’re not horsing around’: Politicians issue ‘tongue-in-cheek’ warning on UK food, but do Aussies and Kiwis care about the horsemeat scandal?

But at least the Office of the South Australian Government in London admits its humorous “open letter” was written “tongue-in-cheek”, despite some national media playing it straight.

In the letter, the agent general calls on Aussies in the capital to ditch UK meat produce in favour of supplies from Down Under.

Bill Muirhead writes: “From fish to fowl and from field to fork, we put our heart and soul into our food – in the figurative sense – and nothing more. Our food packs enough punch not to need the extra horsepower.”

Muirhead shamelessly urges expats to restrict consumption to guaranteed Australian-only sources “until the UK authorities are able to ensure integrity of supply”.

The letter adds: “You will be concerned about, and unaccustomed to, the current issues which the UK authorities are attempting to resolve regarding proper oversight of the meat-processing supply chain. 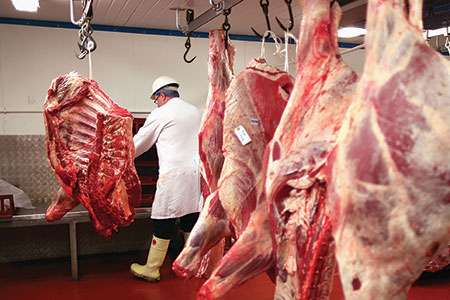 “If you are worried about the quality and provenance of meat-based foodstuffs which you purchase/have purchased in the UK, our current advice is you should not consume them.”

Arguably the most important part of the letter comes at the end, with a plug for a leaflet publicising South Australian food companies that distribute in London, which happens to be available from its office in London.

Rather than a direct response to the furore over the horsemeat scandal that has rocked the UK, Matt Johnson, deputy agent general, said the businesses publicised in the leaflet are those the office works with closely for events.

“The letter was tongue-in-cheek,” he told TNT.

“It was a playful reminder to the South Australian community that there are some products they’re used to and enjoy available here.

There have been some issues in the UK and we wanted to get on the front foot with our community.

”So have any Aussies been in touch with the office to voice their concerns or to say they’re not eating UK meat products?

At least he’s honest.No doubt, it’s a shrewd move. The scandal isn’t one Antipodeans are likely to encounter back home. It’s engulfed the UK and Ireland and is spreading across Europe. 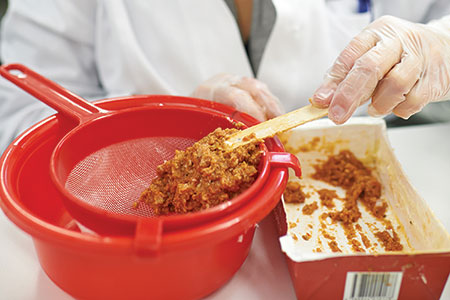 But it hasn’t hit Australia, where the meat industry is subject to tighter regulations.

And New Zealand isn’t affected either. But maybe that’s got more to do with labelling (see box, right)?

Shevahn Telfser, a livestock lecturer at Charles Sturt University in New South Wales, said there is only a small chance horsemeat would make its way into Australian food.

“As a general rule, horsemeat cannot enter our supply chain because Australia imports very little red meat and there are strict measures in place to ensure there is no mixing of processed products,” she said.

But she said there was no chance of Aussies following suit, as horses “fall into the companion bracket, rather than production animals”.

As the horsemeat debacle canters on, with testing spreading to chilled or canned beef-based ready meals as well as steak, stock cubes and beef dripping, TNT reached out to its Antipodean readers to find out whether it’s changed their eating habits 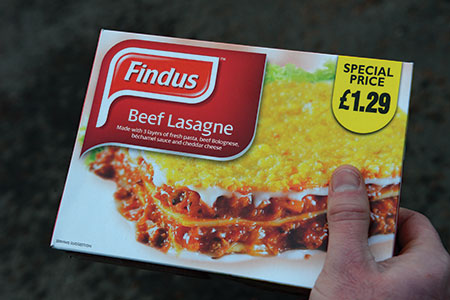 Sarah Elizabeth O’Donnell, an Aussie living in London, said: “I have no problem eating our neighing friends but it is the way they got into the ‘beef’ lasagne I care about; black market is dodgy and if they were put down in a way health regulations don’t approve then that could affect our consumption and health.

All for strange meat on my plate, but I’d rather pay for the privilege.”

Peter Morris, also an Aussie living in the capital, said he’s going to the extreme of ordering meat from a specialist butcher in Scotland.

“I am even eying off the OXO cubes at the moment – not sure about them anymore.”

Clint Heine, a social media adviser for a charity who also runs the Facebook page Kiwis In London, described himself as a “militant carnivore”, but added he’ll always seek out produce from home.

“I only buy Kiwi lamb and if I see any other NZ products, I will not hesitate to buy them ahead of others,” he said.

“This scandal is realistically only affecting the cheapest of the cheap meats, so it wasn’t a surprise – if you’re paying £1 for eight burgers, don’t be surprised.”

“I’ve been in London for seven months, and the first thing I learned about being here is the phenomenal amount of processed and pre-packaged foods the Poms eat. Yuk!

“Lots of Aussies and Kiwis in London still cook, we’ll buy meat and veg and make a good, healthy meal.

Maybe the Poms will finally get out a saucepan or a wok or something … maybe, just maybe. There’s no chance of me eating horsemeat, I’m proud to be a Kiwi who can cook.”

Chelsea Cookson, a 24-year-old Kiwi working as a nanny in London, simply added: “I wouldn’t feed supermarket meat to my dog let alone to myself.” 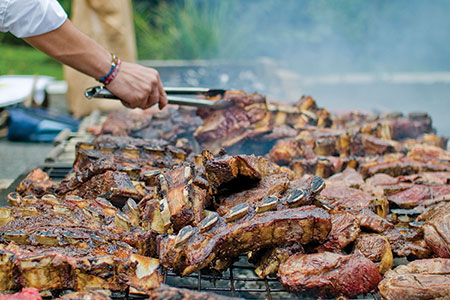 Down Under may not have to worry about horsemeat contamination, but an investigation of products in New Zealand has thrown up some interesting results.

The New Zealand Herald DNA-tested eight different products that had been packaged in the country as well as in Australia and in the UK.

Although none tested positive for horsemeat, it found Sizzlers sausages contained three types of meat despite only listing one in its ingredients.

The company said it complies with the Australian New Zealand Food Standards Code on labelling.

It’s because companies Down Under aren’t required to specify which animals are in a product, as long as they identify “meat”, which must mean meat products commonly eaten in NZ.

Food campaigner Sue Kedgley told the paper: “It’s an absolutely appalling loophole … Manufacturers shouldn’t be trying to hide what is in their food, they should be honest with consumers.”

Do you care about the horsemeat scandal? Has it affected what you eat? Send us your views: letters@tntmagazine.com

Bruce Anstey at the TT.

Water sport holidays from around the world