“Head to the south-west,” he was saying, to no-one in particular. “It’s one of the last unspoilt areas of Australia.” It sounded a bit too much like The Beach for my liking. Some up-his-own-ass traveller going on in hushed tones about how he’d visited this amazing place and everyone else should go there.

If there’s one thing that really gets me it’s travel snobbery – the “I’ve visited better places than you but I’ll let you in on my little secret” syndrome.

“Hey dickhead,” I shouted. “I can read a guidebook as well. Who do you think you are – Bill Bryson or something?”

From the looks shot at me by those around the table, I took it as a sign that I really needed to get away and chill-out for a bit. The south-west it was then.

Any lingering stress I felt from the soap-dodging know-it-all in Perth quickly disappeared on the ride southwards. It’s amazing how quickly you leave the urban sprawl and go bush – you know you’ve left the city when drivers going in the opposite direction give you a wave with all of their fingers, not just the middle one.

First stop on the roadtrip was the town of Bunbury. Its famous Dolphin Discovery Centre is a small, hands-on (should that be “flippers-on”?) attraction where you can meet some of the west coast’s friendliest mammals. 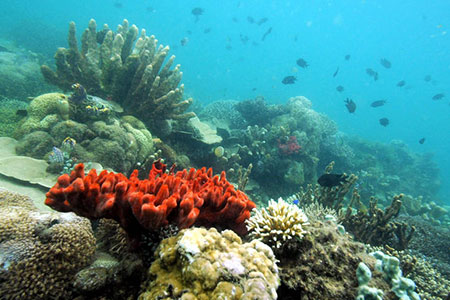 Almost every day, the dolphins come right up to the beach to interact with tourists. No touching is allowed but the guides can direct you to where the dolphins are, and they’ll even lend you a snorkel for a great underwater view.

For a full-on experience though, you have to get out in one of the centre’s boats and take a swim with the beauties.

Sailing out to the middle of Koombana Bay, and decked out in snorkelling gear, we searched for dolphins in the wild. And it didn’t take long to spot our first pod – including such cuties as Tangles,
Shanty and baby Popper.

Into the water we went, a combination of panic and excitement taking over the group, as we searched frantically for a flipper. Suddenly, right underneath me, swam two gorgeous dolphins.

I think they were as surprised to see me as I was them, and they came so close I could see the scars on the side of their smooth bodies. I’m sure one of them winked at me before swimming off into the depths of the bay.

In all, we saw more than 40 dolphins in just under two hours, with the highlight having to be watching them catch a couple of waves and body surf towards the shore. Those dolphins sure know how to catch a tube!

Continuing past Busselton – worth stopping for a look at the really long jetty – you soon arrive at the cape region. It’s 14km from Cape Naturaliste in the north to Cape Leeuwin down south, with the surf and wine town of Margaret River slap-bang in the middle.

Dunsborough is a great place to stop and discover the northern part of the Cape. You can take a short drive out to the Cape Naturaliste Lighthouse and Maritime Museum and there is a great walk – brilliant at sunset, as the sun reflects off the craggy rocks and paperbark trees that line the coast. The surf here is pretty good too, with a couple of surf schools offering their expertise to halfwits like myself.

Ngilgi Caves near Yallingup is also worth a look. Inside is a vast array of stalactites, stalagmites, helictites and shawls – a beautiful curtain-like formation which takes shape when droplets slide down an angled ceiling rather than falling straight to the floor.

You can get down and dirty with “The Crawl” into a hidden chamber, or take in the majestic Ampitheatre, where live concerts are still held.

A visit to Durham, England