After hosts Nick Grimshaw and Pixie Geldof  welcomed her to the stage, the US X Factor judge wowed the packed-out mall with a poptastic high-energy show, which included her former band’s hit, Don’t Cha. 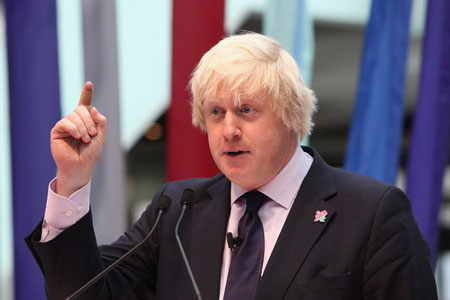 He said: “Westfield's Stratford City project is setting the pace for the transformation of east London. It is one of the most important legacies of the 2012 Olympics.

“It will create 18,000 jobs and, as a result of Westfield's investment, have some of the most modern additions to London's public transport infrastructure.”

Shoppers could hardly move as over 200,000 people flocked to the megamall to visit shops ranging from Primark to Prada and everything in between. 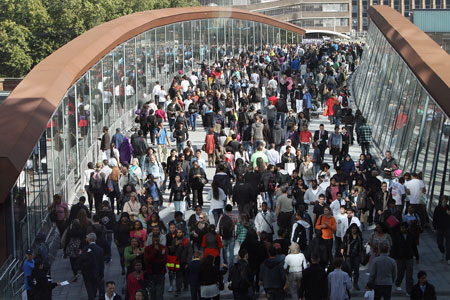 Most of the shops were open, but a few were still making finishing touches planning to open later in the day or week.

Johnson had a lucky escape when a 5ft glass ceiling tile fell from the roof into the food court, just yards from where he was standing to do a radio interview.

But the mayor was blase about the incident: “They have worked flat-out down here and whatever has happened over there I'm sure will be investigated and cleared up as soon as possible.”

But Twitter users were more scathing, with Annbag72 commenting: “Good builders are hard to find in London!”