What a difference 10 days makes: Aussies raring to win back the Ashes in Perth… Clarke and Cook reach 100 Tests

They had after all gone winless in nine matches, with Michael Clarke the rare star in their 4-0 loss in India and 3-0 defeat in England.

Now, showing 10 days is a lot in cricket, the Poms are reeling and going into the third Test in Perth starting Friday morning with what many are calling mission impossible.

All Australia have to do is win in their most productive hunting ground, the WACA, to win back the urn.

England have to win at a place they haven’t done so in 35 years.

Australia pounded England in Brisbane and Adelaide, but just as the result of the series ending at the Oval didn’t do justice to the tightness of the contest, Australia isn’t as invisible as the results in Oz so far are suggesting.

Mitchell Johnson’s been firing so far but isn’t known for consistency. Ryan Harris, his less lauded and rewarded new ball partner, has a knee niggle and is being watched closely for fitness. Doug Bollinger or Nathan Coulter-Nile would step in, neither with the reliability Clarke’s come to count on with Harris. 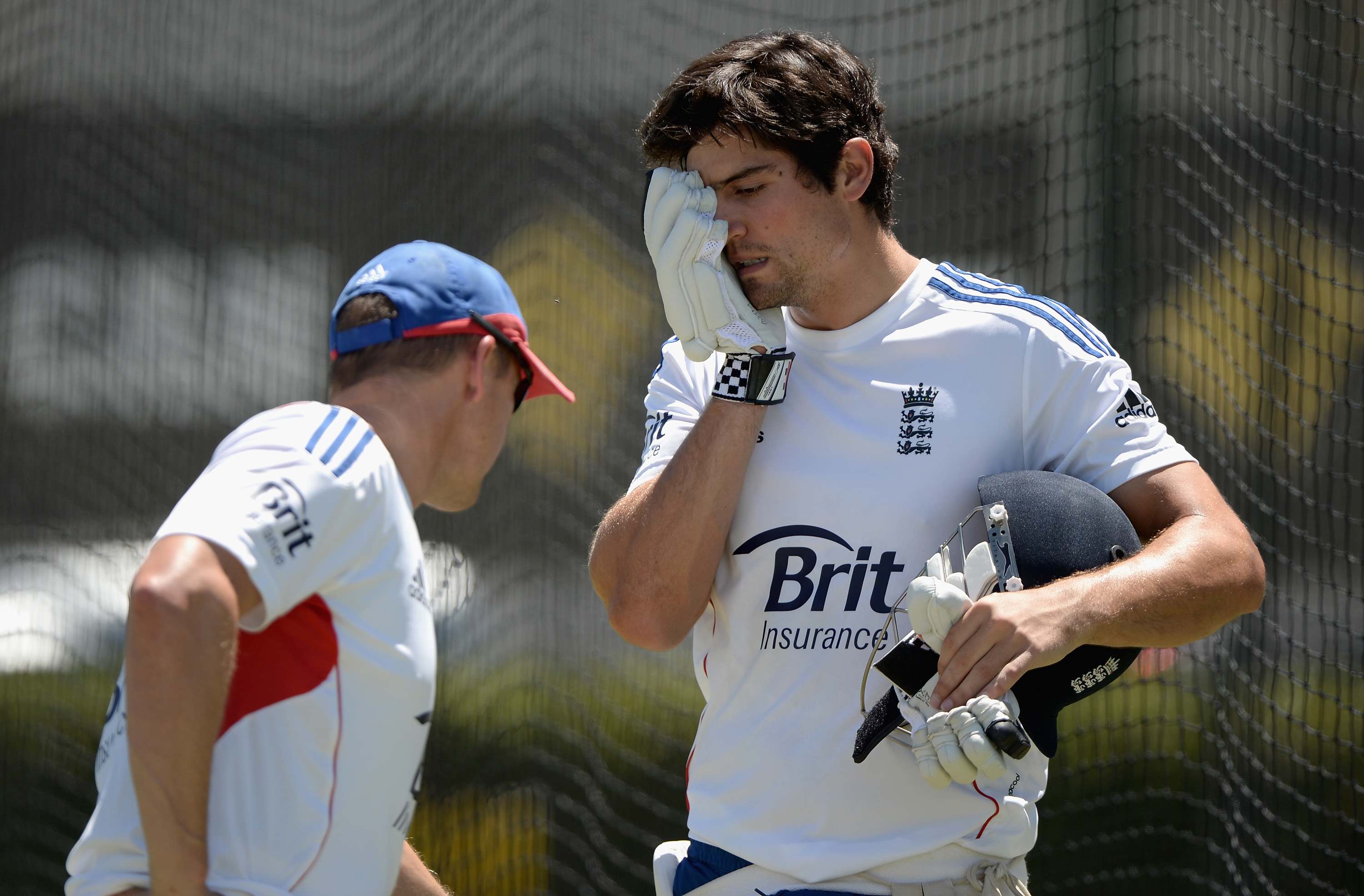 James Faulkner, who would have added to the batting and bowling stocks if picked, went and broke a finger and is out of contention.

While David Warner, Brad Haddin and the aforementioned Clarke have been in the runs so far, the rest of the Aussie top order isn’t exactly in destructive form.

But the numbers still don’t look good for England, and can’t do anything to help their clearly low confidence.

England’s won just one of their 12 Tests at the WACA. That win came in 1978/79 and the Aussie side was a B or C line-up with the top line players involved in World Series Cricket. Six of the last losses were spankings.

It’s also Johnson’s home ground and the place where, while bowling rubbish elsewhere and getting dropped, he ripped through England on their last visit here.

Will England find a way to survive the onslaught and make a series of it, or will they give Clarke and his mates a chance to go for the jugular in Melbourne and Sydney?

Remarkably, both captains Clarke and Alastair Cook will reach their 100th Test in Perth – a win for either would be special for hugely different reasons.

Worst Jobs: is yours one of them?