Where Londoners spend their money

There’s no getting away from the fact that London is a very expensive place to live. That said, it doesn’t make it into the top ten most expensive in the world. However, compared with the rest of the UK, it is considerably more expensive. This is best exemplified by property prices. In 2020 the average house price in the capital is £593,000 while in the rest of the country it’s a far more affordable £231,000.

Obviously, this puts property ownership out of the reach of many Londoners who are forced to rent instead. Even this is an expensive exercise with a typical two bed property in an average area costing £1,400 a month or more.

But there are upsides. Travel round the city is relatively cheap on the comprehensive public transport network, even though some parts of it, like the Northern Line, are distinctly creaky. It also keeps the costs down if you travel mainly in the central zones. Salaries in the capital are also higher than the £36,000 national average, which helps to offset the expenses of living in the city.

This means that most Londoners do have some expendable income each month after paying for all the necessities of life – as well as plenty of places to spend it.

One of the appeals of living in any city is the exciting nightlife it can provide with bars, restaurants, clubs and even casinos. And, as you’d expect, London offers an almost endless collection of all of these to enjoy.

For a start, it’s somewhere that has always been famous for its pubs and it’s estimated that there are around 3,500 to choose from. These range from cosy locals to huge great beer halls and, far more than in other parts of the country, there’s quite a culture of stopping off for a “quick one” after work. Although, with prices generally nudging £5 a pint, this can become quite a costly ritual.

In terms of restaurants, the world really is your oyster. At the high end, there are Michelin-starred places like The Ledbury and Petrus where you can’t expect to get much change out of £200 for a dinner for two. But there are many more independent mid-range restaurants too and every cuisine imaginable, whether you want to sample the cooking of Azerbaijan or Zimbabwe. 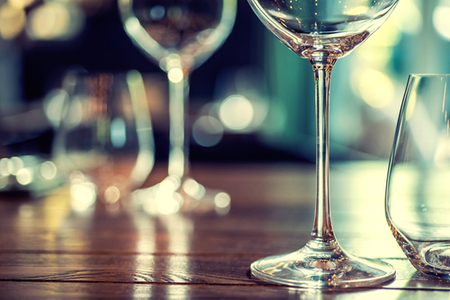 London’s also been a hotspot for nightspots, a reputation that first started to take hold in the so-called Swinging Sixties. Entry fees for the clubs of today vary, and the most popular ones also involve a fair amount of queuing to get in. This has led to a number of sites that can point people who love to party in the direction of the hottest clubs with the best entry deals.

Another popular night-time activity that emerged in the 1960s was the private members’ casino, made famous by society characters like John Aspinall. Today, a few of these survive but they’ve been superseded by casinos with a far more liberal door policy. Perhaps driven by the increasing popularity of the online casino phenomenon among people who might also appreciate the chance to play at home, more and more people are choosing venues like The Hippodrome to indulge their love of a casino experience. This magnificent building on the edge of Leicester Square once housed an indoor circus but, since its transformation, has become a major attraction.

It’s also at the heart of the area that’s also long been known as Theatreland. Arguably the greatest collection of performance spaces in the world, there is every kind of entertainment that anyone could want. With shows ranging from Shakespeare’s plays to musicals like Hamilton and The Lion King, it draws millions each year to the area. But the cost of live theatre is high and that’s reflected in ticket prices that can reach £150 or more for seats in the stalls. So, for many Londoners, it’s a treat that they can only occasionally afford.

Art loving Londoners are also incredibly well-served with galleries like the National, Tate Britain and Modern and the smaller, more intimate Courtauld Institute and the Royal Academy, famous for its annual summer exhibition. Certain special shows do include extra admission costs – generally around £20 per ticket – but becoming a member of the Tate, for example, costs from just £90 a year and includes free entry to all exhibitions plus numerous other privileges.

Sports fans also have no end of choices about where to watch, with no less than 13 professional football clubs as well as two county cricket teams. Although, fans of Premiership football teams like Chelsea and Arsenal will pay through the nose for watching them with season tickets costing from around £800 a year.

In terms of shopping, in the last couple of decades the focus has changed from heading to places like Oxford Street and Regent Street to shopping centres like Westfield where the shops range from the high end, and high price, to the more affordable options like H & M and Primark. 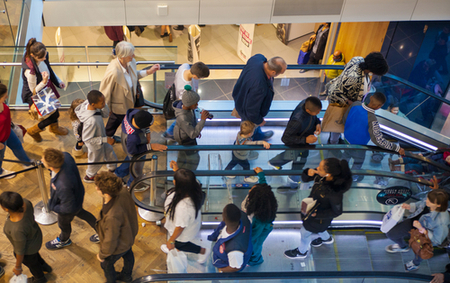 Londoners now tend to visit shopping centres like Westfield rather than the traditional famous high-streets like Oxford Street.

Of course, not everything in London costs money and there is plenty to do that appeals to everyone. For example, it’s home to many of the world’s best museums and entry to them is generally free. Many are centred round Exhibition Road in South Kensington and within a short stroll you can take in natural history, science and geology as well as the amazing Victoria and Albert Museum. The latter is an incredible collection of everything from fashion to ceramics as well as a great deal more besides.

There are also all the wide-open spaces that Londoners can enjoy for free. This is a real bonus for flat dwellers without their own outdoor private spaces. And with everywhere from Hyde Park to Richmond Park to choose from, options are never limited.

So, it all adds up to a city that might be expensive, but which offers some truly unique opportunities and exciting activities to enjoy. And you really can’t put a price on that.

A practical guide to London