Where to see the best award winning artists this summer!

Tale of Us at Caprices
7-10 April 2016
Crans Montana, Switzerland
caprices.ch
Italian duo Tale Of Us took the number 1 spot in the Mixmag Top 10 DJs list of 2015 for their game-changing sound with deeply moving, emotional electronic music. Don’t miss them perform at Caprices this year, along with many of the biggest names in house and techno including Ricardo Villalobos, Nina Kraviz, Maceo Plex and Jamie Jones. The Swiss slopes are set for another unmissable party.

Dimitri Vegas & Like Mike at Exit Festival
7-10 July 2016
Petrovaradin Fortress , Novi Sad, Serbia
exitfest.org
Dimitri Vegas & Like Mike topped this year’s DJ Magazine Top 100 and will be bringing their unique blend of Smashin’ House to the legendary Dance Arena. In 2010, when brothers Dimitri and Michael Thivaios were first selected to pen the Tomorrowland anthem, world domination slowly but surely followed, for both the brothers and the festival. Other award winning acts playing at EXIT are Stormzy, who took home 2 awards at the recent MOBO awards winning the title for ‘Best Grime Act’ and ‘Best Male Act’ and Robin Schulz who won a European Border Breaker Award. EXIT welcomes a diverse mix of musical genres that also boasts the likes of hip hop hero Wiz Khalifa, pop superstar Ellie Goulding, much loved indie rockers Bastille as well as some of the biggest names in electronic music such as Solomun, Nicky Romero & James Zabiela. 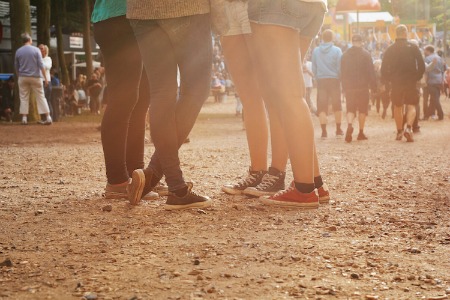 Wolf Alice at Positivus
15-17 July 2016
Salacgriva, Latvia
positivusfestival.com/en/
Alt-rockers Wolf Alice have earned themselves a reputation for their incendiary live performances and after being nominated for ‘Best Rock Performance’ at the Grammys the four-piece band from North London won two NME awards for ‘Best Live Band’ and ‘Best Track’. Another award winning artist at Positivus will be Seinabo Sey who is the European Border Breakers Awards winner from Sweden. Other artists heading to Positivus for it’s 10th anniversary in 2016 are Ellie Goulding, Richard Hawley, John Newman, C Duncan, Mercury Rev and San Fermin and many more.

Muse at Sziget
10-17 August 2016
Budapest, Hungary
szigetfestival.com
British trio Muse win the Grammy award for ‘Best Rock Album’ for a second time having previously won in 2011, for the concept album ‘Drones’ which traced the journey from abandonment to indoctrination. They are sure to be one of the standout headline performances on the main stage. Other award winning acts playing at Sziget this summer include NME Winners and Coldplay table crashers ‘Bring Me The Horizon’ and European Border Breakers Award Winners Kovacs and Years & Years. This is certain to be another standout year for Sziget festival. with the likes of Bastille, Bloc Party, Chvrches, MØ and Sum 41 also set to take to the stage for 2016. 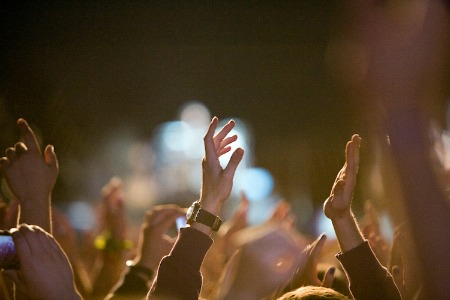 Dixon at Oasis
16-18 September 2016
Morocco, Marrakesh
theoasisfest.com
Dixon, co-founder of the formidable Innervisions label, is set to headline Oasis festival this year! The German producer’s distinctive sound and unwavering popularity has seen him take the #1 spot in the Resident Advisor DJ Poll three years in a row and his set is sure to be a festival highlight. Other acts bound for Morocco’s Oasis Festival include Derrick May, Tale of Us, The Black Madonna, Bicep and Hunee.

Sport opinion: Sebastian Vettel ignores F1 driver double standard to bypass Mark Webber, was he right to do so?

Lady Gaga never buys anything for herself