There’s an Olympic-sized blot on the horizon, but for the non-sports inclined, the alternative is a seriously appetising array of theatre.

We wouldn’t wish anyone break a leg over in Stratford, but in the West End, you can count on it, with everyone from Danny DeVito (below) to Welsh funnyman Rob Brydon making turns on stage.

There’s gold-medal worthy experiences, too, such as tarot cards coming to life, and sleepovers in the Hayward Gallery. Who needs the Games? These are the hottest tickets in town.

London theatre: TNT’s guide to the hottest tickets in town

One of the most ambitious plays of the summer will be the theatrical adaptation of the best-selling novel The Curious Incident Of The Dog In The Night Time.

Penned by British author Mark Haddon, the bleakly humorous story follows the daunting journey of Christopher, a 15-year-old with Asperger’s syndrome, who takes it upon himself to investigate the death of his neighbour’s dog. 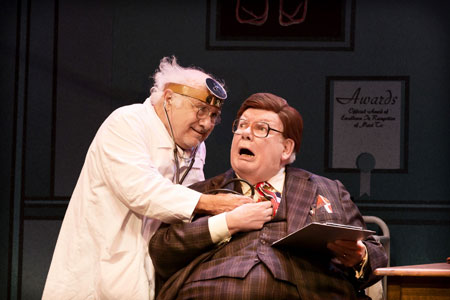 Reproducing such a successful tome for the National Theatre is nerve-wracking, explains playwright Simon Stephens. “Like most people, I had read the book and fallen in love with it,“ he says. “So, it was with a curious combination of combined terror and flattery that Mark should trust me with his baby.”

However, the tale is in good hands: Stephens is one of Britain’s most highly regarded playwrights, and the director, Marianne Elliott, is a key player in the stratospheric success of War Horse at the National Theatre. (“She never does anything shit,” Stephens says.)

The pair have a unique challenge in manifesting the thoughts of Christopher, who has an extraordinary brain for maths, yet struggles to handle everyday life – as evidenced when he escapes on a terrifying excursion from Swindon to London.

“For me it wasn’t about re-writing or re-imagining the tale, it was about finding a dramatic language for the world in which he told it,” Stephens says.

“You do get the feeling you’ve adapted the country’s favourite book and everyone will have already decided in their mind how it will look on stage, so in that sense, we will have let everyone down, but I have faith in Marianne and faith in the actors. What will be tricky is how quickly we can get people to forget the book and enjoy the theatrical experience.”

A month later, and a world away from Christopher’s monochrome universe, the Old Vic Tunnels will spurt to life with visions of the future. 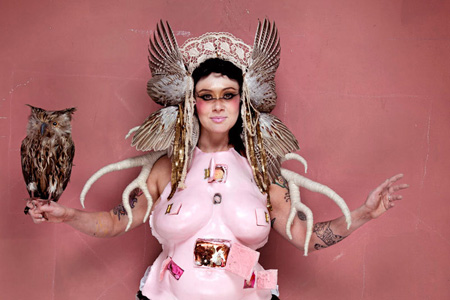 Carnesky’s Tarot Dome (above) will take over the subterranean recesses beneath Waterloo station. Visit and you may discover your future is far from what you expected.

The show will feature a dreamscape, with giant penny arcades, slot machines and laughing policemen along the way, plus contortionists and rock ‘n’ roll rollerskaters to keep the dream alive.

So there’s proof that London’s cultural bric-a-brac is in full force. And, while the Olympics opening ceremony is a headline-grabber, it’s not the only thing that will make you go ‘wow’.

The City of London’s tallest skyscraper ‘may never become reality’