Moyes’ 11-year tenure at the helm of Everton FC will come to an end on May 18, with Moyes taking up his new job on July 1. In his time at Everton, Moyes has taken the once poor relation on Merseyside to the Champions League, major Cup Finals and has cemented the Toffees as a team that very much belong in the upper echelons of the English game.

This will be the second year in a row that the blue half of Liverpool will finish above the red in the Premier League table, a feat not achieved previously in the top flight of English football since the 1930s.

There is no doubt then that Moyes’ time at Everton has been a success, considering the financial restraints that he has been forced to labour under for much of his tenure.

If Moyes’ time had been a failure, Sir Alex would certainly not have handpicked him to be his successor.

Yet Moyes will leave Everton having never won a trophy.

Even across the Mersey, where five managers have come and gone at Anfield during Moyes’ reign at Goodison, Liverpool have still managed to win 10 major trophies, amongst them a Champions League crown in 2005.

What better way for Moyes to win the sort of silverware he craves then to take over the reigning Premier League champions, a team supported by millions of people around the globe, challenging year in and year out for trophies both on the domestic and European front.

If nothing else, he deserves a chance to prove himself at one of the world’s very top clubs, but that won’t stop the Everton faithful, who for over a decade have sung his name, from calling him a turncloak and traitor.

Names like Jurgen Klopp and Jose Mourinho may have been bandied around to replace Sir Alex in the big seat at Old Trafford, yet there was a kind of inevitability in Moyes’ appointment. Everybody knew it was coming, and while he might not overly excite the crowds at the Theatre of Dreams just now, he will doubtless prove a shrewd appointment.

It is Everton who are now faced with an arguably harder task then Manchester United ever were – replacing their very own managerial icon, without the prospect of European football, big money or the huge world wide fan base that the Red Devil’s could offer Sir Alex’s successor.

Keeping that in mind, we cast an eye over the kind of names that are being bandied around by the media and Twittersphere as to who will take over an Everton side who haven’t known another manager in over a decade. 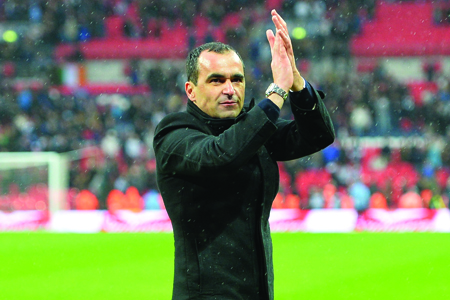 The Spaniard is the bookies favourite to succeed Moyes as things stand and yet his is something of a curious case. He is one of the few managers whose stock in the game has consistently risen despite his sides often fighting for their livelihoods at the bottom of the Premier League table come April and May.

Indeed, since taking over at Wigan Athletic from Swansea in 2009, Martinez has become known as something of an expert at escaping relegation, twice pulling his Latics from the maw on the last day of the season.

That being said, he is a manager known for encouraging his sides to play an expansive, attacking style of football that is easy on the eye.

He is often credited as the manager who overhauled Swansea City from being a middling Championship side who thrived on long balls into the athletic, short passing side that has now comfortably asserted itself in the Premier League and this year won the Capital One League Cup, the club’s first piece of silverware in its 100 year history.

He also has experience in getting good value from the transfer market with limited funds, having laboured under the similar kind of financial restraints at Swansea and Wigan as he would have to contend with at Everton. 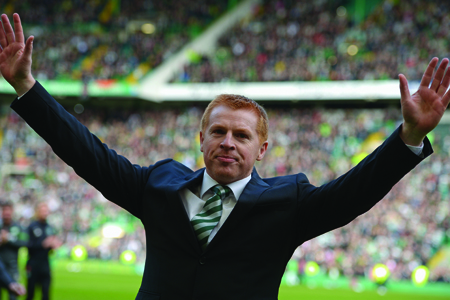 The current steward at Celtic, Lennon has enjoyed a huge amount of success since taking over at the Bhoys in 2010, winning back to back SPL titles and presiding over a good Champions League campaign this season including a victory over mighty Barcelona.

While Lennon’s tenure at Celtic has no doubt been a happy one for the manager the collapse of Rangers and the world famous Old Firm games has seenthe SPL become very much a one horse race. The chance to have a new challenge may well appeal to Lennon.

Despite having no managerial experience in England, Lennon spent much of his playing career south of the border, enjoying successful spells with Leicester City and Crewe Alexandria.

He would likely be expected to hit the ground running at Everton, and the English Premier League is a world away from its poor relation in Scotland. 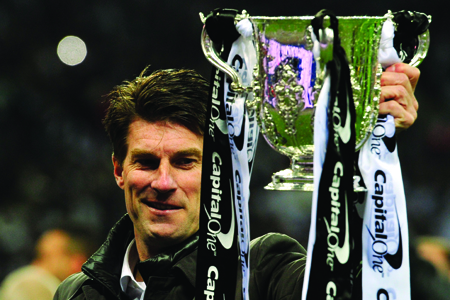 He of the chiseled good looks and the perfect hair. As a player the suave Danish playmaker graced the midfields of some the best sides of the late 1980s and early 90s, winning titles and trophies a plenty with Barcelona, Juventus and Real Madrid.

He has also impressed hugely in his role as manager, taking over the reigns at Swansea after Brendan Rodgers joined Liverpool at the start of the season. He has solidified the Swans in the top half of the Premier League table and also saw his side lift the Capital One League Cup, in the process winning the club’s first piece of silverware in its centenary year.

He seems to be the perfect fit for the slick, short passing game at Swansea, and has also proven himself adroit in the transfer market, bringing in bargain players who have flourished in the English top flight including Spanish goal-machine Michu and tough-as-nails centre half Chico Flores.

While the Danes’ appointment would no doubt be welcomed by Evertonians it seems unlikely that Swansea will let the Dane go after such a promising first season at the helm, and with the Swans playing in the Europa League next season the Dane could well stay for a second year at least. 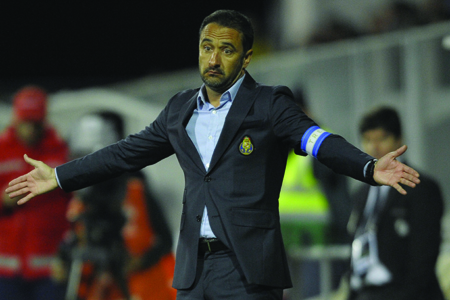 Something of an unknown quality in English football, Pereira is the latest in a line of Portugese managers who have established themselves as top flight coaches without ever having had a stellar playing career (think Mourinho and Andre Villas–Boas).

Having taken over from the aforementioned Villas–Boas at FC Porto at the start of last season, Pereira proved an instant success, guiding Porto to the 2011–12 Portugese league, and looks set to win his second straight title at the end of this season.

Much in the same vein as Lennon however, Porto have long had a strangle hold on the Portugese League and the chance to prove himself in a much tougher league would doubtless appeal to the 44-year-old Pereira.

Having no experience in the English game may well count against the Portugese though, and Villas–Boas’ failure in his first season of English football at Chelsea may well be a cautionary tale for Everton and its erstwhile chairman Bill Kenwright. 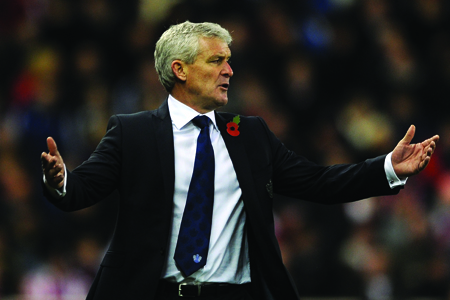 Had Moyes left five or so years ago, Everton fans may well have jumped at the prospect of having the Welshman join.

Hughes had created an impressive Blackburn Rovers side with limited resources, one that was consistently punching above its weight in the League.

Hughes’ career and reputation has definitely fallen since 2007/8 though, having jumped ship to take over at newly rich Manchester City. His time at City was marked by wanton spending, but poor results and he was shown the door in 2009 to make way for Roberto Mancini.

Despite a decent spell as the caretaker manager of Fulham in the 2010/11 season, Hughes’ next managerial stint at QPR was not a happy one for either the manager or the team.

Having only narrowly avoided relegation in 2011/12, Hughes spent millions in the 2012/13 off-season, basically buying a new team from scratch at great expense to owner Tony Fernandes, but this year has been one of untold woe for everyone connected to the club, with Queens Park Rangers being relegated back to the Championship.

Hughes himself has been without a job since being sacked by the Hoops in November, having failed to win any of the first 12 games of the season.

While Hughes has expressed interest in the vacant Everton job, his appointment would not be one welcomed by the fans or arguably by the playing group either.

Seems unlikely, but you never know.