WikiLeaks founder Julian Assange will be extradited to Sweden to face allegations of rape and sexual assault, a judge ordered today. However Assange’s his legal team will appeal.

If the appeal is unsuccessful, Assange will be extradited in 10 days.

During today’s hearing at Belmarsh magistrates court in London, chief magistrate Howard Riddle slammed the arguments of Julian Assange’s defence team and ruled that the Wikileaks founder can be extradited to Sweden for questioning.

Riddle said: “In fact as I am satisfied that extradition is compatible with the defendant’s Convention rights, I must order that Mr Assange be extradited to Sweden.”

Assange’s legal team had disputed that Swedish prosecutor, Marianne Ny, had the authority to issue a European arrest warrant, but the judge ruled that she did possess this authority and the warrant issued was valid. 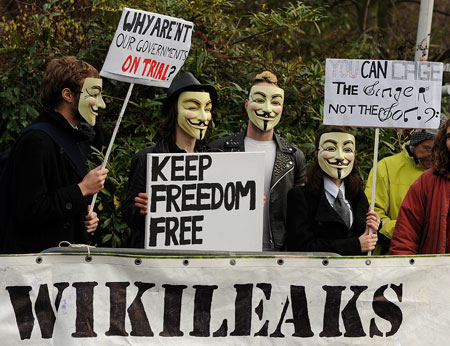 Protestors outside the court during the trail of Julian Assange.

Systematically demolishing each of the defence’s arguments, the judge ruled that Swedish public prosecutor Marianne Ny was authorised to submit a European arrest warrant, contrary to what Assange’s legal team had argued.

He continued that the warrant itself is valid despite being only for questioning and not prosecution.

Assange’s defence had also claimed that the allegations were not offences in English law and therefore not extraditable. But the judge said sexual assault and molestation, met the criteria for extradition offences and a further allegation of rape would also stand up in this country.

The judge did acknowledge that there had been adverse publicity against Assange in Sweden but said that if there had been any irregularities in the Swedish system, the best place to examine them was in Sweden.

According to tweets from the court reported that Assange’s team has seven days to appeal.

You can read the judge’s decision on The judicial authority in Sweden -v- Julian Paul Assange in full.

Why a traditional matchmaker is the Mary Berry of dating