And this sought-after area boasts classy quarters where you can indulge in strawberries and cream all year round.

The area’s common and green spaces also offer stressed-out city workers refuge, and Wimbledon is only a 30-minute Tube journey from the busy Piccadilly Circus.

Wimbledon is divided into three areas. For vibrant bars, restaurants and heaps of decent shops, head to the south.

Wimbledon Village is where you’ll find designer boutiques as well as top nightlife with continental and European bars, restaurants and clubs.

While the common is where locals and visitors sprawl out on sunny days, eating picnics.

Oh, and there’s also the tennis matches you may have heard about … 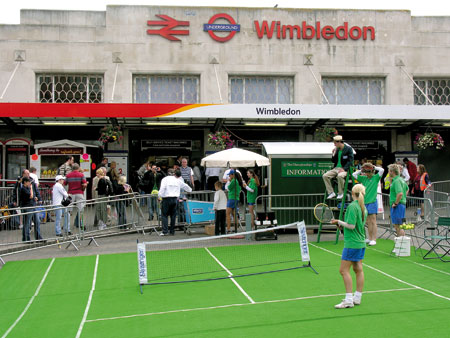 If you’re the type of person who gets stressed by the sound of the birds singing and the smell of flowers, this might not be for you. Maybe think twice if you hate the tennis – the locals are patriotic about their world-famous tournaments.

Central Wimbledon is full of young professionals, with families tending to head up the hill.

Geoff Keast, sales and lettings manager at Wimbledon estate agent Woollens, says: “The area attracts a lot of  commuters because of the Underground – a lot of city workers, young people between 25 and 35, who would rather rent somewhere to live than buy.”

In summer, head to the common, which has ponds, a nature trail and a windmill – creating the illusion you’re a lot further from the city. For something more sophisticated than a picnic, there are plenty of bars around the High Street in Wimbledon Village.

Hemingways serves good cocktails, while The Crooked Billet, on Osiers Road at the corner of Wimbledon Common, is a more traditional English pub – check out the quiz night every Monday.

Continue the night at the Broadway, hitting clubs such as Po Na Na or The Watershed, or head to the New Wimbledon Theatre for something more cultural. 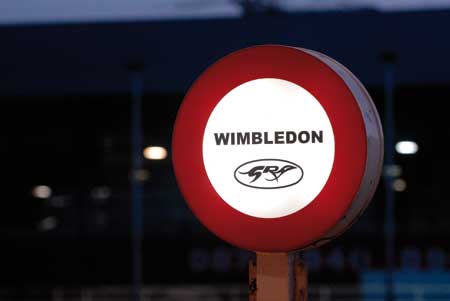 One of Wimbledon’s main attractions is its transport links. Get to central London on the District line from Wimbledon and Wimbledon Park or catch the Northernline from south Wimbledon.

There is also a tramline to the major shops in Croydon, and South West Railway takes you to Waterloo in just 17 minutes.

Richard Eddison at Wimbledon estate agent Eddison White says: “Wimbledon has always been an area that’s seen as very affluent – popular because of its transport connections.”

What you can rent

Near the Broadway, the properties are mostly Victorian style. Further up the hill in the Wimbledon Village is where you’ll find a lot of larger Edwardian properties.

Many were demolished in the Seventies and Eighties and are now rebuilt as modern luxury apartments.