Winter in England has always been infamously miserable – cold, dark and damp. Depressed? Don’t be. Because, while we could well be in for a chilly few months (UK’s recent surprise Indian Summer not withstanding), that doesn’t mean there’s no escape. Here, we give you the ultimate guide to winter sun getaways, and even include the flight time from London and average temperatures so you can tailor the perfect holiday to your tastes. Cos we’re nice like that. Enjoy.

HOW HOT A comfortable 22°C.

DON’T MISS Take the time to explore various corners of Portugal’s premier tourist spot, much-visited for its beautiful beaches and craggy coastal scenery. The summer crowds will have died down from all-out mayhem to a more manageable dull roar – and this is a good thing – but Lagos remains a must-do for its thriving nightlife and surfer scene. For something a little quieter, Monchique is a quaint little place with views over wooded countryside, and perhaps the most laidback hang-out remains Tavira, set along a placid river and with a history dating back to the Romans. The Algarve’s capital, Faro, has a medieval quarter well worth exploring.

DON’T MISS For equal parts beach time and cultural cravings, Barcelona cannot be beaten. From art to flamenco by way of fashion and food, the Catalonian capital will not disappoint. A walk down La Rambla is compulsory – the mile-long boulevard is alive with artists, human statues, fortune-tellers, dancers, markets and cute cafes. Spain is also a good bet for late package deals, owing to its pretty-much-guaranteed sunny demeanour. Check out P64 and daily updates on the TNT website for all the latest dirt-cheap offers.

HOW HOT Typically upwards of 25°C, though there can be some rainy and windy days in October, when the temperature can go all the way down to 17°C (shock, horror).

DON’T MISS The clubs may have closed down but the sun still shines strong over this infamous party isle. Check out the old walled city of Dalt Vila (in Ibiza Town) after dark, when the streets are lit up to atmospheric effect. October is also the perfect time to enjoy San Antonio’s quieter beaches and safe, shallow waters. You can dig out plenty of culture away from the likes of Space and Cafe del Mar too, owing to the island’s chequered history that takes in the Phoenicians, Greeks, Assyrians, Romans and Moors. 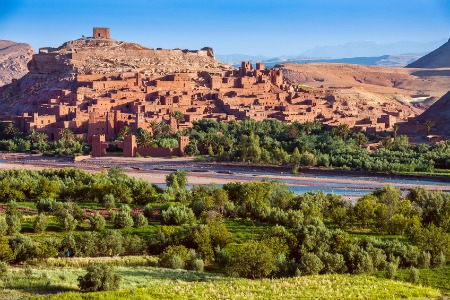 HOW HOT Expect an average temperature of 22°C.

DON’T MISS Forget tourist-crammed Marrakech and traffic-jammed Casablanca – laidback coastal town Essaouira is where it’s at. Though the gale-force winds – sorry, bracing sea breeze – might put a little chill in the air, this is a perfect spot for wind-surfing and kite-surfing. There’s also heaps of history, as old colonial fortresses and ancient city walls scatter the area. Do try to avoid the determined hash-pushers, though, and definitely politely decline the generous offer of a magic mushroom omelette (yes, this has happened).

DON’T MISS Resist the urge to drink fishbowls of booze in resorts bursting with Brits, and soak up the culture in Istanbul instead. Smoke shisha under a bridge by the Bosphorus, marvel at the city’s elegant mosques, and don’t chicken out of steaming it up at the Turkish baths. (Getting slapped about by a large, naked Turkish woman is one of those once-in-a-lifetime deals. Well, depending on the preferences of your private life.) If you have time, a trip to see the fairy chimneys in Cappadocia won’t be regretted. Ancient cave-dwellers built their homes into the area’s stone cliffs, leaving the unreal, other-world landscape that can be seen today. Tourists can even stay in cave hotels, and a hot air balloon ride over the area is a must if you’re feeling flush.There are daily flights to Cappadocia from Istanbul, or you can even take an overnight bus. The ride takes approximately 12 hours.

HOW HOT A very agreeable 25°C.

DON’T MISS This island country south of Sicily is surrounded by some of the most crystal clear waters in the Mediterranean Sea. Steeped in history, perhaps the most memorable sight is the Hal Saflieni Hypogeum, an underground network of chambers and passages hewn out of rock to create an ancient necropolis. It is thought to date all the way back to about 3000BC. There is also, of course, an impressive concentration of beautiful beaches. You wouldn’t want to spend all your winter sun time underground now, would you?

HOW HOT The ‘Island of Eternal Spring’ has a warm climate year-round, with an average of 20°C-22°C in winter.

DON’T MISS Away from the south-western resorts where sunbathers glug bitter and scoff fish and chips, the most heavily touristed Canary Island is a dramatic ensemble of volcanic landscapes. Ramble its rugged scenery, descend deep underground into eerie lava tubes, and climb Spain’s tallest peak, the 3718m Pico del Teide. Grab a copy of next week’s TNT for a more in-depth look at ‘secret’ Tenerife. 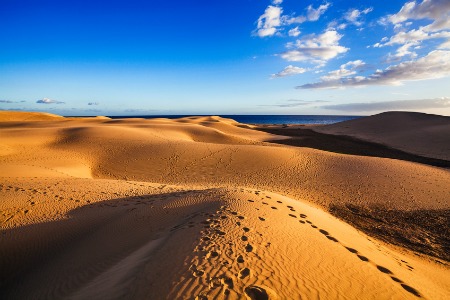 HOW HOT The average temperature in October is a very generous 24°C.

DON’T MISS Another Canary Island best known for beachfront tourism, there’s plenty of opportunity here to soak up winter sun. But spare a day or two to escape the beach and head further inland, where the mountainscape is surprisingly stunning. We’d also recommend Arucas in the north for walking, and Teror is a cutesy postcard town with farmers’ markets and picturesque houses.

DON’T MISS Do yourself a favour and give Agia Napa a wide berth. Paphos, however, does beaches and bass-booming bars alongside archaeological wonders. The Tombs of the Kings are the must-do here – a rocky complex where elite citizens of the ancient city were entombed. You can clamber into caves and crawl inside narrow passages to your Indiana Jones-loving heart’s content.

HOW HOT Expect to sweat in temperatures that get up to around 27°C.

DON’T MISS Egypt isn’t exactly known as an escape for getting mellow. But rather than being harangued by the hawkers of Cairo or Luxor, we reckon a chilled stay in beach-bum heaven Dahab on the Sinai Peninsula is the best way to enjoy Egypt’s winter sun. There’s also diving and trekking nearby if you get bored topping up the tan. We’d certainly recommend the former – once a Bedouin fishing village, Dahab is without doubt one of Sinai’s most spectacular diving destinations. The backpacker vibe ensures plenty of parties too.

In it for the long haul:  Winter sun further afield

If you don’t mind sitting on a plane for longer than a few hours, these sunny spots make great escapes from England’s long, cruel winter

FLIGHT TIME: 15hrs
Mexico’s biggest party spot – once-upon-a-time an unassuming fishing town – is a balls-out extravaganza of beaches and booze. October is the month the weather starts cooling down – to a respectably sizzling 30°C. Though certainly not for everyone, if it’s big and loud you’re after, Cancun can bring it. 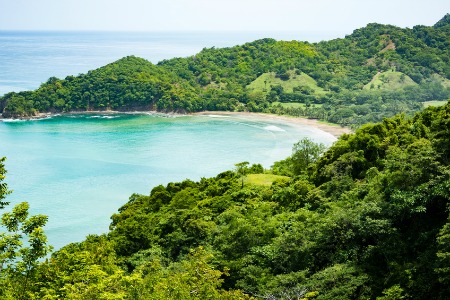 FLIGHT TIME: 15hrs
Costa Rica’s recent surge in popularity has made cheap treats hard to find. Still, there are bargains to be had if you stray away from the boutique scene, and it remains a pretty unbeatable something-for-everyone slice of exotica: whether it’s bumming around on beaches, trekking up volcanoes, surfing, snorkelling, or zip-lining through lush rainforest, Costa Rica has it all.

FLIGHT TIME: 16hrs
Though the disturbingly thonged remnants of the 1960s ‘Goa freaks’ scene can still be spotted wandering this once hippy haven, nowadays Goa is very much a young person’s paradise. Head to Anjuna in the north for relaxed beach bars by day and raucous raves by night, or Palolem in the south to live a gloriously lazy life in beachfront huts.  Whatever you do, don’t miss out on Goa’s unique Portuguese-influenced cuisine – especially the addictive Goan sausage. Also, nasty local homebrew hooch feni needs to be tasted to be believed.

FLIGHT TIME: 13hrs
From picture-perfect Miami beaches right out of a cheesy rap video to the deadly creatures lurking in Florida’s subtropical Everglades, this schizophrenic holiday destination should be strapped into a strait-jacket and put on lockdown – well, if it weren’t so damned enjoyable.  Super-sized theme-parks, kayaking, biking, ’gators, pumping nightlife and beautiful people combine into one epic thrill-ride. Or you could just lie on the beach.

FLIGHT TIME: 14hrs
The all-inclusive boom is still, er, booming, so if you’re after a hassle-free holiday with sun, sea, sand and zero call for thought, let the package deals be your guide. Anyone looking for a bit more action than the traditional Caribbean holiday promises should head to the adventure sports capital of Cabarete, a great getaway on the north coast suited to kitesurfing and windsurfing.

The hottest places on Earth

While it’s perfectly understandable to crave some rays during London’s crisp winter months, there is such a thing as going too far. Here’s where we wouldn’t recommend a holiday – no matter how fed up you are of freezing your bum off …

An average year-round temperature of 35°C might not sound so bad, but the mercury regularly rises above 46°C during the day in Dallol. At 328ft below sea level, it’s one of the lowest points on earth not covered by water, and boasts a dramatic landscape that includes steaming yellow sulphur fields and sparkling white salt beds.

In 1922, the hottest temperature ever recorded on earth – 57.8°C – was reported at this sizzling spot in the Sahara. Camping holidays in El Azizia do not come recommended. 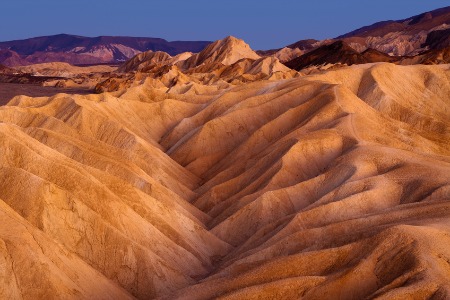 The cheery moniker is a direct result of this valley in the Mojave desert’s extreme weather conditions, and, indeed, about a dozen people have died here in the past 15 years, thanks to the searing heat. The hottest temperature in the western hemisphere was recorded at Death Valley’s aptly named Furnace Creek, when it hit 56.7°C in 1913 (just short of El Azizia’s world record). Strangely enough, you can also feast your eyes on snow-covered peaks in this hot spot.

Spare a thought for Kuwait’s city slickers, who are possibly the sweatiest 30,000 citizens on the planet when the Kuwaiti capital serves up temperatures in excess of 46°C over summer. Even a dip in the Persian Gulf by which it sits is unlikely to help matters – the water will be akin to a sweltering hot bath.