The Aussie with a wicked goatee won through with a clutch 5-4 victory at Alexandra Palace.

“I actually have a tear in my eye right now,” Whitlock told Sky Sports at the end of the thrilling win.

“I thought I’d lost that and I came up with some big darts at the end of the match.

“It means so much to me that match. I had to dig really deep and Ian played a fantastic game … I feel a bit lucky to win that match in the end.

“I’ve lost so many matches like that .. I’m thrilled to get one back finally.” 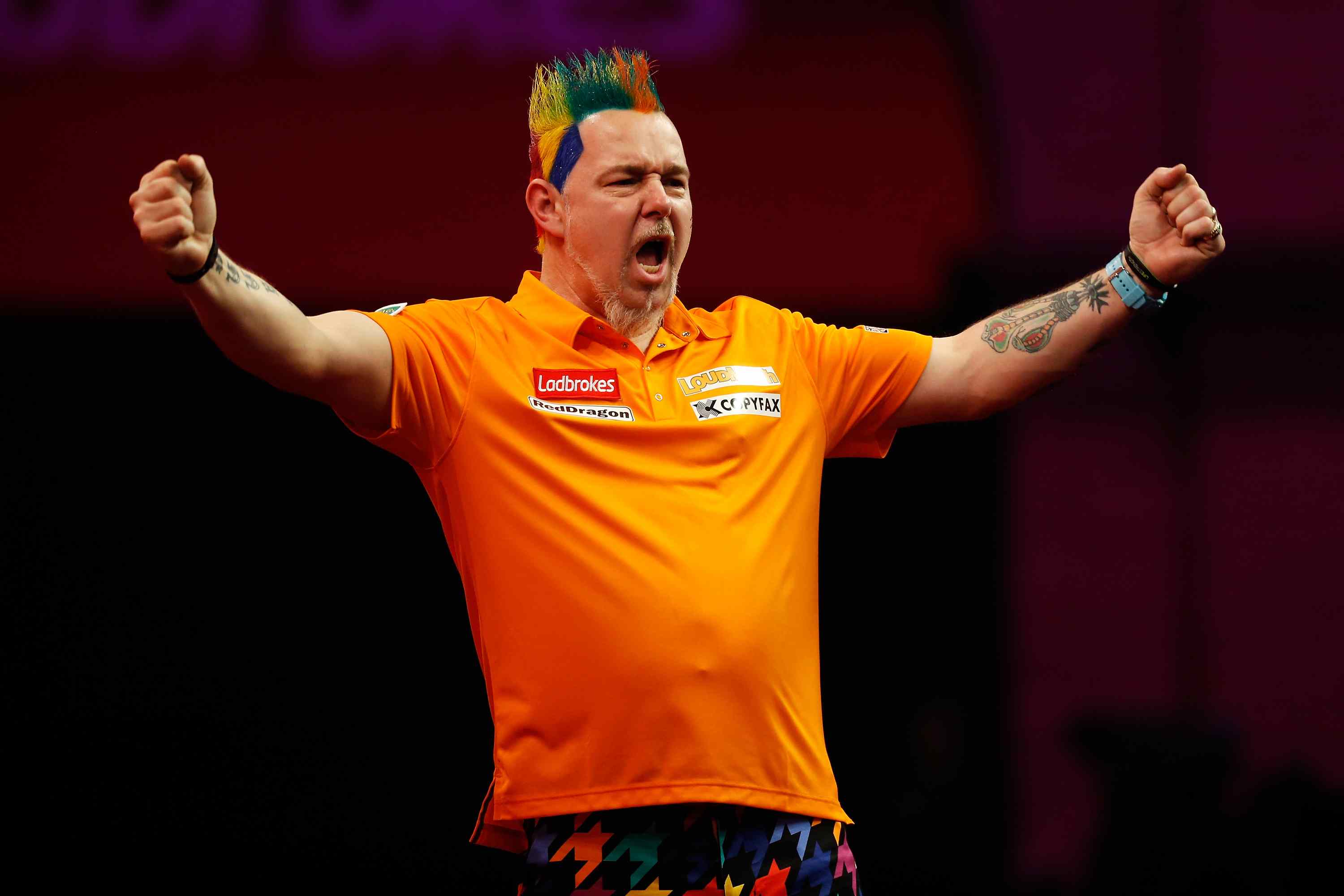 He’ll take on the colourful Peter Wright, who won his own tight 5-4 contest against world No 8 Wes Newton.

The 16th seed with the rainbow mohawk and tats t match was down 2-0 to the Scot but charged back and held his nerve to book his semi place on Monday with a bullseye.

Whitlock and Wright are on the side of the draw that was meant to include darks legend Phil ‘The Power’ Taylor, but with him knocked out early both will be backing themselves for a place in the final, although the Aussie is favourite being No 4 in the world.

Whoever they play from the other semi-final on New Year’s Day the Aussie or Wright will be underdogs.

Last year’s finalist Michael van Gerwen is taking on two-time champion Adrian Lewis after both made light work of their quarter finals.