The victim, a great-grandmother who is believed to be of Italian descent, was found outside a house in Edmonton after police were called to reports of a stabbing in Nightingale Road, just after 1pm on Thursday.

A 25-year-old man was arrested on suspicion of murder and is in custody. 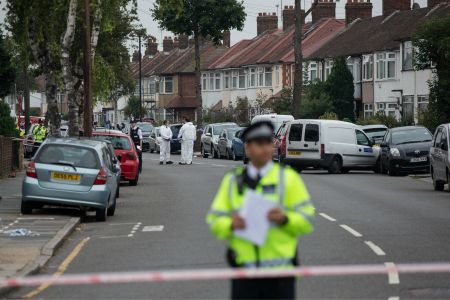 DCI John Sandlin, who is leading this investigation, said: “This is was a highly visible attack in broad daylight on a residential street. I can understand why this may cause people concern, however we are confident that we are not looking for anyone else at this stage.

“Whilst it is too early to speculate on what the motive behind this attack was I am confident, based on the information currently available to me, that it is not terrorist related.

“Local officers and specialist detectives are at the scene and will remain there for many hours to come.

“Specially trained family liaison officers will be deployed to support the family; we request that their privacy is respected at this very difficult time.”