Women’s Ashes: England win back the urn in multi-format series with T20 win in Southampton

Lydia Greenway was the star for the hosts, scoring a record 80 not out from 64 balls having saved her side from a dire state at 3-9.

But Australia’s target of 128 wasn’t enough of a total for the talented England side, after tight bowling across the board – especially Katherine Brunt who took 1-15 from her four overs – restricted the Aussie big hitters.

Meg Lanning was the best with the bat for the visitors, by some way, scoring 60 before a hugely unlucky run-out dismissal when she was at the non-strikers end. 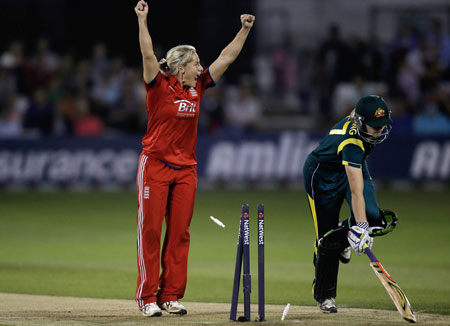 Spinner Holly Colvin got enough of a deflection from a straight drive to find the stumps and send the dangerous opener back to the dugout.

But despite that stroke of bad luck, the Aussies were only ever in control for brief moments.

They were chasing the game from the outset after making just 1-26 from the six powerplay overs. 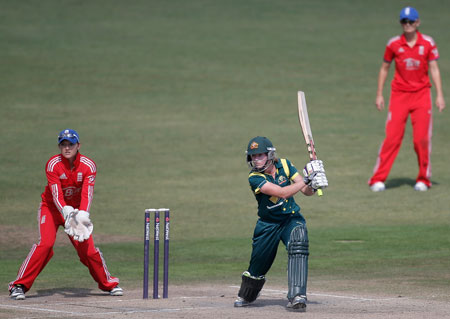 Lanning found her stride though hit a six to get her third T20 half-ton.

After she was gone though, Australia lost 5 wickets for 35 runs in the last five overs.

Danielle Hazell (2-11) cashed in with two wickets in the last over.

The Aussies started with a spark though with Heather Knight (2) bowled by Julie Hunter, the Sarah Coyte caught-and-bowled Sarah Taylor (1) then bowled Danielle Wyatt for an egg.

Charlotte Edwards and Greenway took control though, cleverly finding gaps when they weren’t finding the boundary. 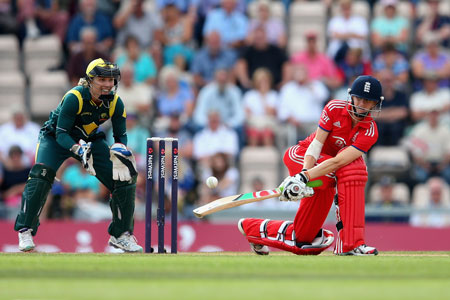 Edwards went with England on 76 but Greenway kept getting the job done, getting her 50 with a clever sweep for four, before exploding to wind in the total.

Australia were with a sniff of retaining the Ashes going into today’s game, with two wins from the remaining two T20s needed to tie the series.

But with this victory, England lead 10-4 with just two points up for grabs in their final T20 at Durham on Saturday.

Shane Warne has his own beauty products, says Liz Hurley