Not only is Johannesburg the beating heart of South Africa, it is the foremost financial centre on the African continent. Its economy is strong, seemingly immune from global economic woes, and the city is blessed with possibly the greatest weather in the world. TNT explores what it’s like to live and work in a city known as Egoli, the Place of Gold.

One of a kind

An intriguing life experience awaits anyone moving to Jo’burg. The former stage upon which much of the country’s tumultous history played out, it is a frenetic and cosmopolitan place, buzzing with erratic minibus taxis, and modest markets and mega malls alike. Much of the city is clad by high walls and heavy gates, but beyond them you’ll find great restaurants, bars and clubs – particularly in Orange Grove or Melville – world-class sports facilities, and, most prominently, shopping.

The trendy Sandton City competes with Rosebank Rooftop Market, Northgate and Fourways Mall for shoppers’ bucks. Alternatively, Bruma Flea Market is ideal for African souveniers to deck out your home.

Animals on your doorstep

As well as its friendly locals, one of Johannesburg’s biggest attractions is its location. Swaziland, Lesotho, Durban, Botswana, Kruger Park, Mozambique and Zimbabwe are all extremely close by. “Forget the zoo,” says Michael Fraser, associate director of Robert Walters in Johannesburg (robertwalters.co.za).  “You can see the big five in a safari, a two-hour drive away.”
However, in the city itself, there are ample parks, lakes and rivers, perfect for an unwind. And you can’t beat a braai, a South African barbecue.

Home is where the heart is

After living in London for three years, with her boyfriend, South African Lauren Hatting, 31, initially struggled with the decision to return to Johannesburg, but her worries proved unfounded. “Being able to see my parents whenever I wish has made the move back and sacrifice of travel and earning pounds completely worth it,” she says. “We’re much happier being able to enjoy a lifestyle that involves a little more sun, space, fresh air and lots of outdoor living.” Hatting, who works in HR, is quick to point out the country’s relaxed, friendly nature. “It’s hugely apparent in everything, everywhere, and soon you settle back into life the way you always knew it.” 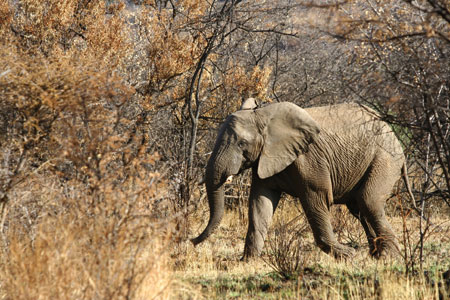 A side effect of the relatively recent aparthied era is a positive discrimination known as ‘Employment Equity’, with priority candidates for jobs being the previously disadvantaged. But an exodus of a large chunk of South Africa’s workforce means there are skills deficits in the engineering, ICT and education sectors. Public sector senior managers, plus medical staff and skilled tradesmen are also sought after. “Smaller companies are not under the same employment pressures as large organisations, so it can be easier to get work with them,” Fraser says.

If you’re interested in emigrating to Johannesburg, you’ll need a General Skills permit to apply for a specific job; a Quota work permit if you meet the ‘scarce skills’ criteria; or an Exceptional Skills permit if you’re an expert in a given discipline. Arrange your visa before you arrive as it’s easier to sort out at a Western consulate. Careerjunction.co.za and pnet.co.za are handy tools for job hunters and, as always, networking once there will help.

Buccleuch: a jewel of a suburb in the swanky financial district of Sandton, with leafy streets and bordered by two rivers.

Randburg: an upmarket suburb full of great parks, but still an affordable area to set up home.

Melville: a trendy, bohemian suburb west of the city, dotted with cafes and containing the exquisite Melville Koppies Nature Reserve.

Norwood: a pretty, tree-lined area crammed with ethnic restaurants, due to its multicultural inhabitants.

Parkhurst: an eclectic part of town centred around 4th Avenue, full of resturants, bars and shops.