As more multinational companies set their sights on this fascinating Eastern powerhouse, the more opportunities there are for the ambitious and the intrigued alike to work there. But first, you’ll need to learn a few cultural tips about the People’s Republic.

The best of everything

Foreigners working in China will almost certainly end up in either Shanghai or Beijing. The former is undeniably Western, with its soaring monuments to capitalism and European cityscapes.

Beijing, on the other hand, offers a greater cultural experience. It’s a city of contrast, says Hannah Douglas, of the British Council in Beijing. “At one turn you can be completely overwhelmed by six-lane traffic and shoebox-type construction,” she says. ”Then down a side street you’ll find old men in pyjamas sitting on small stools, drinking beer and holding a Pekingese dog under their arm.”

Despite the differences, both these heaving metropolises demand foreign workers with the right mix of technical experience, soft skills and bilingualism, particularly in the areas of IT, finance manufacturing, sustainability, marketing and law.

The Chinese relish Westerners in their offices, explains Laura Joyce, of CRCC Asia (crccasia.com), which organises internship programs to China. “They love to see what our interns are taught at uni,” Joyce says. “They want to know what their skills are and how their European counterparts work.”

In the wake of the 2008 Beijing Olympics, foreigners headed to China in droves, creating a competitive jobs market. As such, an ability to speak Mandarin and other languages will get you to the top of the employment pile.

Look for work through the chamber of commerce (cccb.org.uk) British Council (britishcouncil.org), or expat newspapers (shanghaidaily.com). 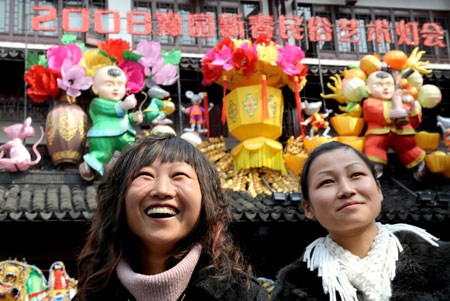 International recruitment companies (jobs.hudson.com) can also connect you with employers. If you do land a job, be prepared to deal with tasks outside your vocational realm.

“Keep an open mind and learn their work patterns; join them when they go to karaoke in their lunchbreak, hang out at shopping malls, eat dinner at 5.30pm like they do, make an effort to have a few Chinese friends and go to the places they do,” Douglas says. “It’ll be worth your while.”

Decide if want to go to China to move forward in your career, or simply to travel and earn on the side. If this is the case, easy money comes with teaching English or freelance editing, and you can also get by doing voiceovers or modelling.

Out in the country

Want to get out of the big cities? Take an English teaching job.

Londoner Lucy Proctor, 29, taught for a year at a university in the Shaanxi province. It ranks among the most memorable experiences of her life.

“It was a massive culture shock. First you have the problem that you can’t read anything, including menus, so I gave up the idea of being a vegetarian, and no one speaks English, so we had to learn Mandarin,” Proctor says. “And there’s no privacy. If you sat on a train reading a book, it would be perfectly acceptable for a person to take the book out of your hand and look at it.”

Networking is an important ability, Joyce says. An oft-used word in the Chinese vernacular is ‘guanxi’, which means relationship.

“A lot of your success will come down to not what you know, but who you know,” she says. ”You will learn things like not to take someone’s business card and shove it in your back pocket. It’s extremely offensive. You’re supposed to turn it over and view it carefully.

“Also, the Chinese are not very forthcoming, so if you’d like a job, you’ll need to ask.”

SALARY: Teaching jobs can pay £800-£1500 per month; lower-skilled jobs in the main cities pay £10-£40 per hour; in a middle management job you can earn £2500 per month; and much higher- level roles earn upwards of £3000.
RENT: A three-bedroom apartment on the Shanghai outskirts can set you back £500 per month; in the CBD, you can pay about £20,000. In Beijing, rents are about £460 a month for a two bedroom apartment near the city.
WHERE TO LIVE: In Shanghai new housing is in Pu Dong, east of the Huang Pu River. In Beijing, Chaoyang is popular with expats.