The hosts’ posturing and sentiment ahead of the game as their superstar Neymar was ruled out with a broken back was made appear hollow as their hopes were just dashed but buried in concrete but the pure class of the Germans.

David Luiz held up the No 10 shirt of the striker during a stirring national anthem, one of the highlights that precede their matches, but he ended up being connected tot he concession of their first goal.

Who else but Thomas Muller to sweep around to the far post and side-foot home the finish as Luiz scrambled in vain to pick him up.

That was 11 minutes in but no-one could have predicted the capitulation that followed.

Miroslav Klose was next in line after 22 minutes to rub salt into the wound, scoring 16th goal in World Cups to overtake the all-time record of Ronaldo, of course a Brazilian. 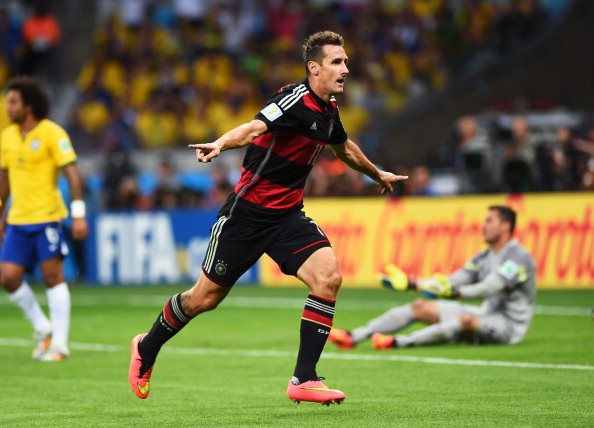 Tony Kroos joined the party two minutes later, and another two minutes picks up his second from an unslefish Sami Khedira.

Khedira must have known he would get one of his own a whole three minutes later to make it 5-0 inside the opening half hour.

Would they show mercy in the second half? Nein!

Andre Schurrle, who came on for Klose, scored his first on 69 minutes and added another cracker 10 minutes on.

It said it all about the German’s relentlessness that when Oscar scored after 90 minutes they were livid.

Still, Joachim Low’s team must go into the World Cup final as favourites against Argentina or Holland.

Travel top 5: The world’s biggest skyscrapers, from the Empire State to Burj Khalifa