Following on straight from the initial movie, in which Patrick Wilson’s Josh ventured to ‘the Further’ to rescue his son from another astral plane filled with possession-eager demons and the like, it seems all is not well and good, and that ‘something’ has come back with him. Cue loads more creepiness, things going bump in the night and jump-out-of-your-seat moments that will have you peeking at the screen through firmly held together fingers. 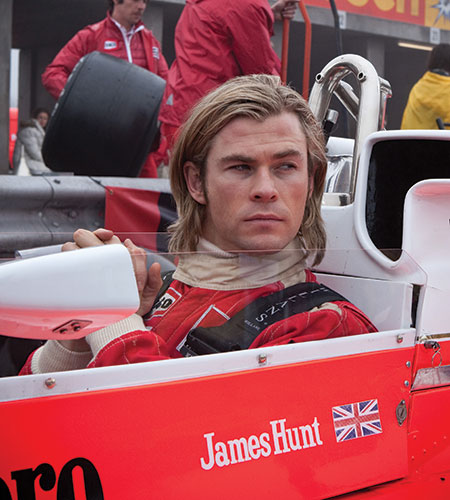 Thor himself (Aussie Chris Hemsworth) stars as British racing driver James Hunt in Ron Howard’s (A Beautiful Mind) biographical film about the 1976 Formula One season, in particular Hunt’s rivalry with Austrian driver Niki Lauda (played here by Daniel Brühl).  An uplifting racing drama that has some stunning track sequences but is not just for the petrol heads either.

Hollywood has a tendency to double up: A Bug’s Life and Antz, Deep Impact and Armageddon – each pairing came out within touching distance of each other. This year it is rival terrorists-take-the-White-House movies. First up was Olympus Has Fallen, and now it is Roland Emmerich’s (Independence Day) turn with Channing Tatum saving Jamie Foxx’s president. 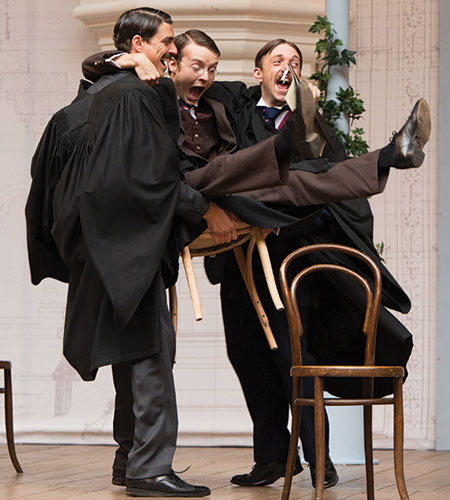 This new play tells of four female students at Cambridge University in 1897. Although allowed to attend lectures, women couldn’t graduate and it took considerable determination to complete the courses without the reward of a degree. Mixing historical figures with the fictional quartet, it’s an engaging and informative evening. LK

Put together by the team who added songs to The Great Gatsby last year, this musical adds little to the story of the infamous Thirties outlaws. Although some attempt has been made to get inside their heads, we never get a sense of Bonnie and Clyde’s life on the road and the only casualties we see are their gang members. LK 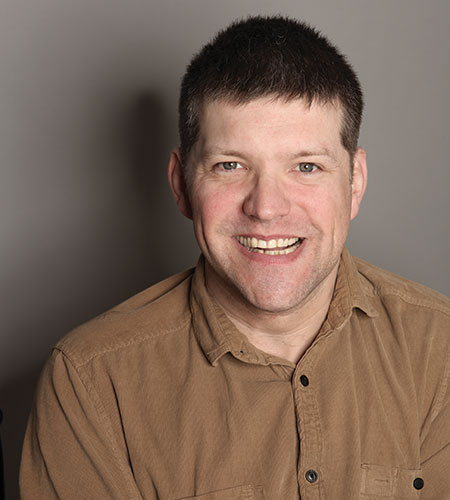 Laurence Clark is a comedian and presenter with cerebral palsy, and in this properly ace show he sets out to smash the ill-informed presumptions about disability. All his life he has been told he is inspiring just for performing everyday tasks, so Clark is out to set the record straight. Hilarious and thought-provoking.

In the eastern ice well beneath the London Canal Museum is this contemporary art installation collaboration between artist Lyndall Phelps and  physicist Dr Ben Still. Just as impressive as the work is the 19th-century venue – which was once used by an enterprising Swiss immigrant to store ice for sale – in which it is housed.

Making a career out of affiliate marketing