London scene: the best in theatre, film, comedy and art in the capital this week

Film: Seeking A Friend For The End of the World

The opening to Lorene Scafaria’s apocalyptic finding-meaning-in-life comedy-drama sets the stage: upon hearing on the car radio that the government has failed to prevent the massive asteroid Mathilda from destroying earth, the wife of Steve Carell’s Dodge, sitting adjacent to him, opens the car door and takes off, fleeing a relationship she should have abandoned long ago.

Mixing the laughs and quirks with the weightier moments, the balance here is skewed towards the latter – less comedy, more drama – as loner Dodge sets off on a cross-country trek to find his high school sweetheart (the ‘first one that got away’).

Keira Knightley’s free-spirited neighbour, Penny, tags along as part of a deal to aid each other’s final wishes to reunite with loved ones.

Carell can play this role in his sleep, but that doesn’t make him any less engaging to watch – a bag of repressed emotions, sincerity and warmth, he’s the heart of the film. Knightley goes for cutesy-kooky, but never fully sells this damaged girl with a heart. While the two share chemistry, it is Scafaria’s script that stars.

Throwing familial strife, a roster of unpredictable supporting characters and some genuine surprises in with the refreshingly downbeat ending, it’s closer to indie-flick sensibility than the gigglesome rom-com-ish look would have you believe. And all the better for it.

Good for: Fans of Melancholia who wondered how it would work with Steve Carell in it 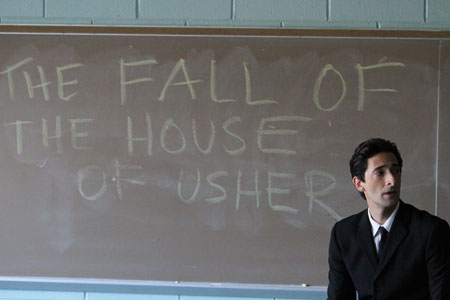 The premise is one of those ‘hero teacher inspires troubled teens’ movies; the approach, though, is serious and observational, casting its eyes over not just the children, but the teachers and adults in the education system.

On general release from July 13

Five nights in west London see some of this year’s top names take to the stage – there’s headline shows from the likes of Essex voice-hearer Terry Alderton, southern stand-up Rich Hall, the oddball Milton Jones and half Aussie/half Brit Mark Little. With more than 25 acts, this fest is sure to bring the funny for everyone.

Mr Hope was born in south London and went on to become one of the most beloved comedians of all time, who made a name for himself in film and TV and hosted no fewer than 199 USO Shows for the US Armed Forces.

His life and career is remembered here through vintage photos, videos, and assorted collected artefacts. 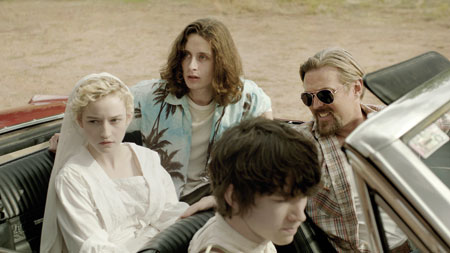 Julia Garner’s Mormon girl hears a rock tape (the music can be used for evil, she is warned) and has a revelatory experience, believing herself to have conceived a child at God’s behest through the cassette, before then fleeing her prohibitive life for Las Vegas to track down the voice that sang to her.

A subtle, but finely judged, US indie from first-time filmmaker Rebecca Thomas.

On general release from July 13

Back in 1972, a group of actors from Toronto visited the farmland communities of Ontario in search of material for a devised work – The Farm Play – based on their experiences. Canadian playwright Michael Healey’s touching 1999 three hander pays tribute to those who took part, and is a beautifully played production. 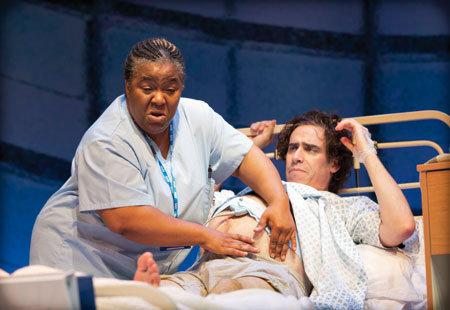 In a neat bit of role reversal, Joe Penhall’s highly amusing new play sees Ed heavily pregnant and about to deliver a full-term baby while his high- earning wife Lisa looks on.

If you’ve ever given birth or held the hand of someone in the final stages of labour, you’ll recognise this ‘natural’ process’s indignities.

Katy B, On A Mission – album review

Wildlife Photographer of the Year exhibition