Partridge, host of Mid Morning Matters on North Norfolk Digital, becomes the inadvertent negotiator when fellow DJ, Pat Farrell (Colm Meaney), irked when he’s ousted by new station owners, brandishes a shotgun and takes everyone in the station hostage. Partridge’s popularity skyrockets as the media descend, and he’s not about to miss a trick to promote his own career. 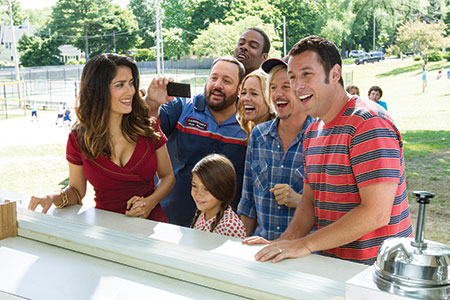 Adam Sandler continues to show that critical mauling means nothing – he picked up a record number of Razzies last year for Jack And Jill (with Grown Ups 2 helmer and longtime collaborator director Dennis Dugan), but is now back with a sequel to his less-than-brill 2011 comedy about childhood friends reconvening to reminisce with a total lack of maturity. For Sandler diehards.

Johnny Depp continues to confound conventions by showing that being in a Jerry Bruckheimer mega-blockbuster can still be cool. This new adaptation of the Lone Ranger tale (with Armie Hammer) is Depp strictly in Pirates Disney family mode, with his masked law enforcer’s trusty crime-fighting sidekick Tonto. The setpieces will be huge, the subtlety absent.

On general release from Aug 9 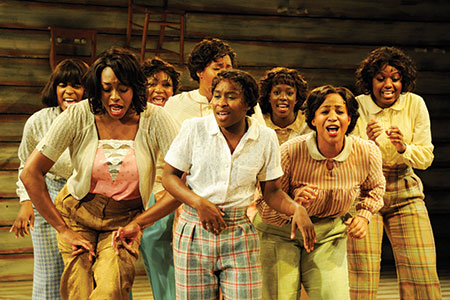 Theatre: The Colour Purple – The Musical

Of necessity, this musical version of Alice Walker’s Pulitzer Prize winning novel, set in rural Thirties Georgia, strips out several characters and crucial events are dealt with perfunctorily. But its heart is in the right place and it has a feel-good atmosphere from the start without ignoring the book’s distressing aspects. Recommended. LK

Theatre: A Season in the Congo

Film director Joe Wright’s richly staged production – about the first democratically elected prime minister of the Republic of the Congo in 1960 and the coup that deposed him – is fragmented, with almost too much going on. But it is held together by a charismatic central performance from Chiwetel Ejiofor. LK 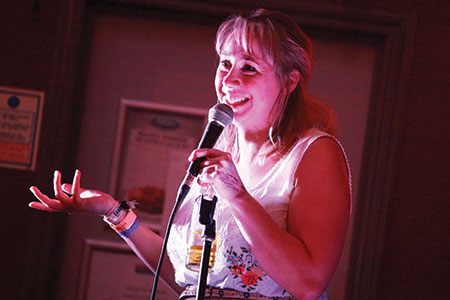 Love comedy but can’t make it to the Edinburgh Fringe this year? Fear not, Tiffany Stevenson (above) and chums have this London comedy fest, with – deep breath – Joel Dommett, Alan Davies, Paul Sinha, Isy Suttie, Katherine Ryan, Mark Watson, Rob Ince and more. One venue, eight days, 34 shows – what more could you want?

There were many who criticised the choice for the Trafalgar Square Fourth Plinth’s latest art work, but plenty think that this giant blue cock, or Hahn/ Cock to give its proper name, is pretty damn wonderful. A giant brightly coloured moment of humour amidst the grey soldier men on this iconic landmark’s other podiums.

Facebook and Samaritans team up to identify suicidal users