London scene: the best of film, comedy and theatre this week

The men are back – in 3D – for this third outing in the sci-fi-comedy series. After Barry Sonnenfeld’s less-successful second installment, it’s been a case of back to basics, literally, with a time travel story taking Smith’s wise-cracking Agent J back to the Sixties, where he meets a young Agent K (a suitably dour Brolin), to stop an assassination attempt that will change history.

Wes Anderson’s (A Life Aquatic, The Royal Tenebaums) latest continues his now trademark fractured families and kookiness, but reins in the whimsy for funny and throws in crowd-pleasing drama in a tale of young love.

Sam (Jared Gilman) and Suzy (Kara Hayward) are two kids on a quiet New England island. Sam’s an orphan, unpopular with his peers, and Suzy is deeply misunderstood by her family, from whom she is withdrawn. The two embark on a pen pal relationship that blossoms into something more, and as they run away together, a search party – comprising Edward Norton’s Scout Master Ward and scout troupe, Bruce Willis’ gruff police Captain Sharp, Bill Murray and Frances McDormand’s warring parents, and Tilda Swinton’s ‘Social Services’ – is launched.

It’s Anderson’s most accessible and satisfying film to date – where he was more likely to raise wry smirks before, here the laughs come from the belly.

Subtitled ‘Wastelands to Wonderlands’, this exhibition considers what effect the British landscape, from its rolling hills to grey skies and urban decay, had on British authors such as JG Ballard and William Blake. Includes manuscripts, photos, videos and more, in its look at the Grey Isles’ creative output. 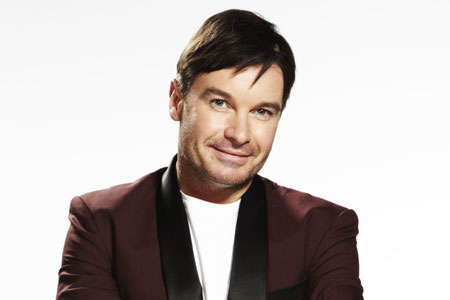 This late and loud comedy show is a raucous affair. MC Laura Carr marshalls the mayhem, with Chris Dangerfield and Lloyd Griffiths kickstarting the laughs, and Absolute Radio DJ and stand-up Greg Burns (above) headlining into the small hours. Expect riotous acts and, probably, a booze-fuelled riotous audience, too.

For 14 years, middle-aged siblings Athol and Morna haven’t spoken. But what caused the rift between single mum Morna and solid, reliable, happily married Athol? In an absorbing 80 mins, David Harrower’s intertwined monologues reveal how different their two lives have been in this low-key, quietly engaging two-hander. LK

This popular musical – it was the second longest running off-Broadway musical with 5,003 performances – hits London for a five-date only run. Non-linear in struture, it tells, through snapshots of various relationships, in various stages, the ups and downs of ‘‘the mating game’.  Funny, relatable, and with a new London-tweak. 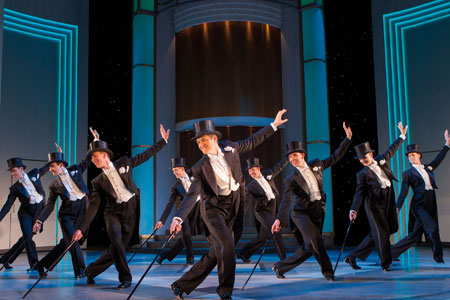 Great white sharks can live to be 70